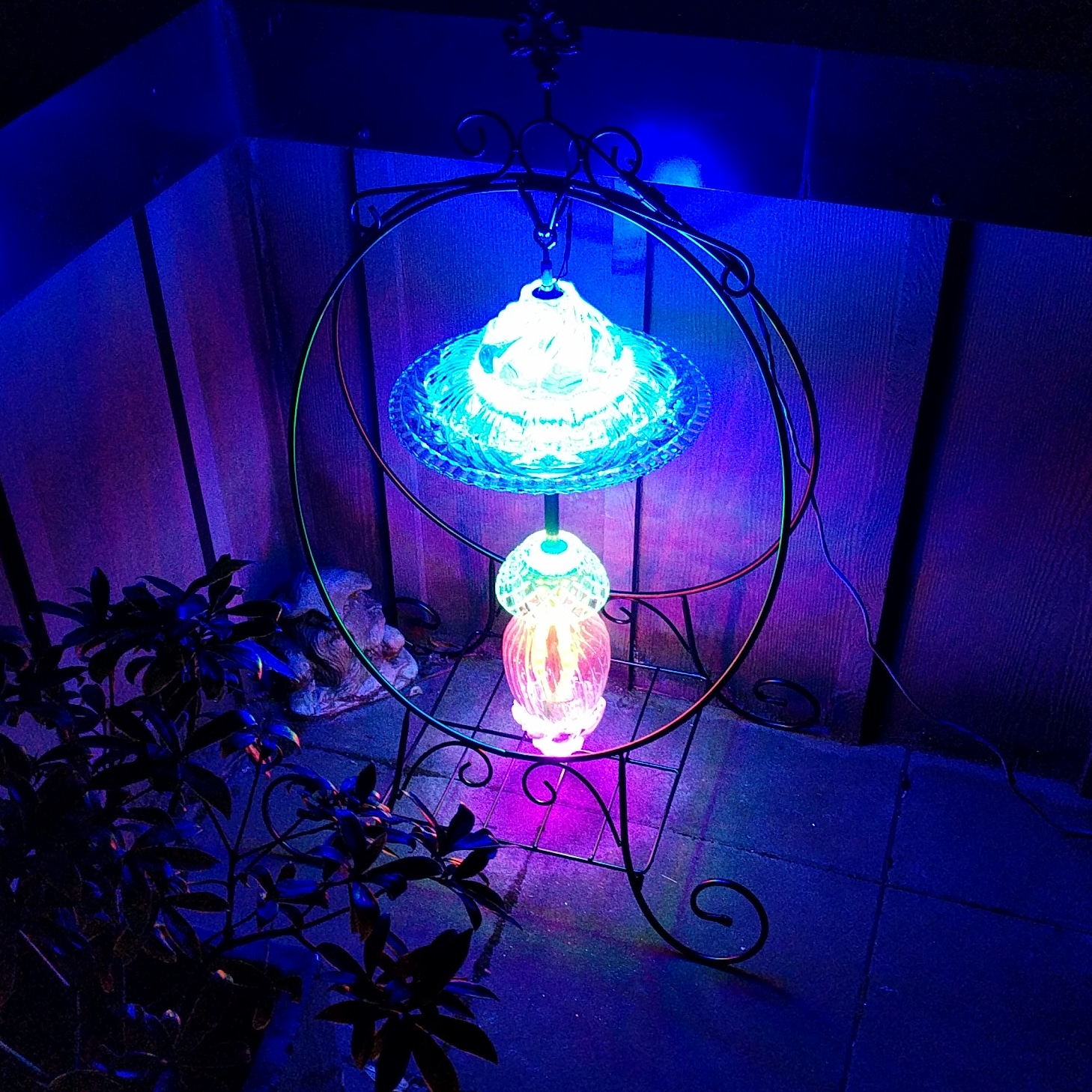 After several years of setting up and breaking down the Mystic Hookah I wanted to make a piece of light art that just stayed built. This lead me to the idea for the lantern. Designed to hang from a hook or low stand and plug in, it’s a small-ish glass scuplture constructed from various vases and cut class plates I picked up at thrift stores, along with some miscellaneous hardware, and lit from within with programmable LEDs. Both the storage and transport of the lantern also required me to build a solid box in which to hang it. This box, which was surely over-engineerd, also served as an excellent construction scaffold while I was building out the lantern. I definitely couln’t have finished this probject without that setup, but after spending some time soldering on my back with my head stuck into the box I can’t say I really recommend it.

This project also represents a significant step forward in terms of animation technology in my work. I ended up mapping out the positions of all the pixels in real world space and building animations in those terms. That really helped me to achieve the look I was going for and is probably going to be my primary approach to this kind of thing going forward. This is also the first time I’ve experimented with multiple different animations in a single project and I quite like the way that worked out as well. There are really only two modes, one quite bright and the other a bit darker and more organic. Having the lantern switch back and forth between those modes significantly ups the visual interest, especially when it’s tucked into the edge of the forest at CriticalNW. 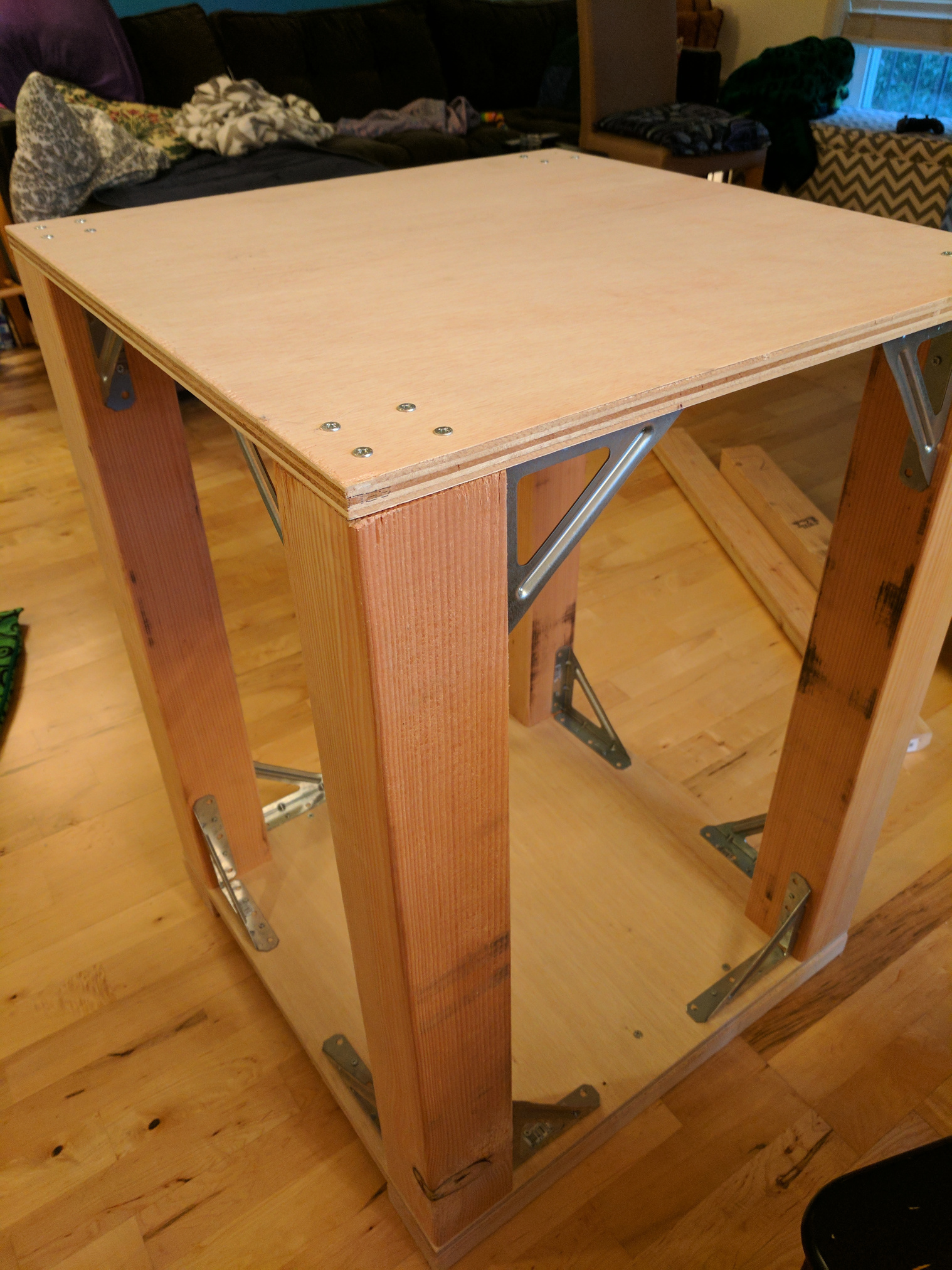 I needed a pretty solid box to use as a scaffold 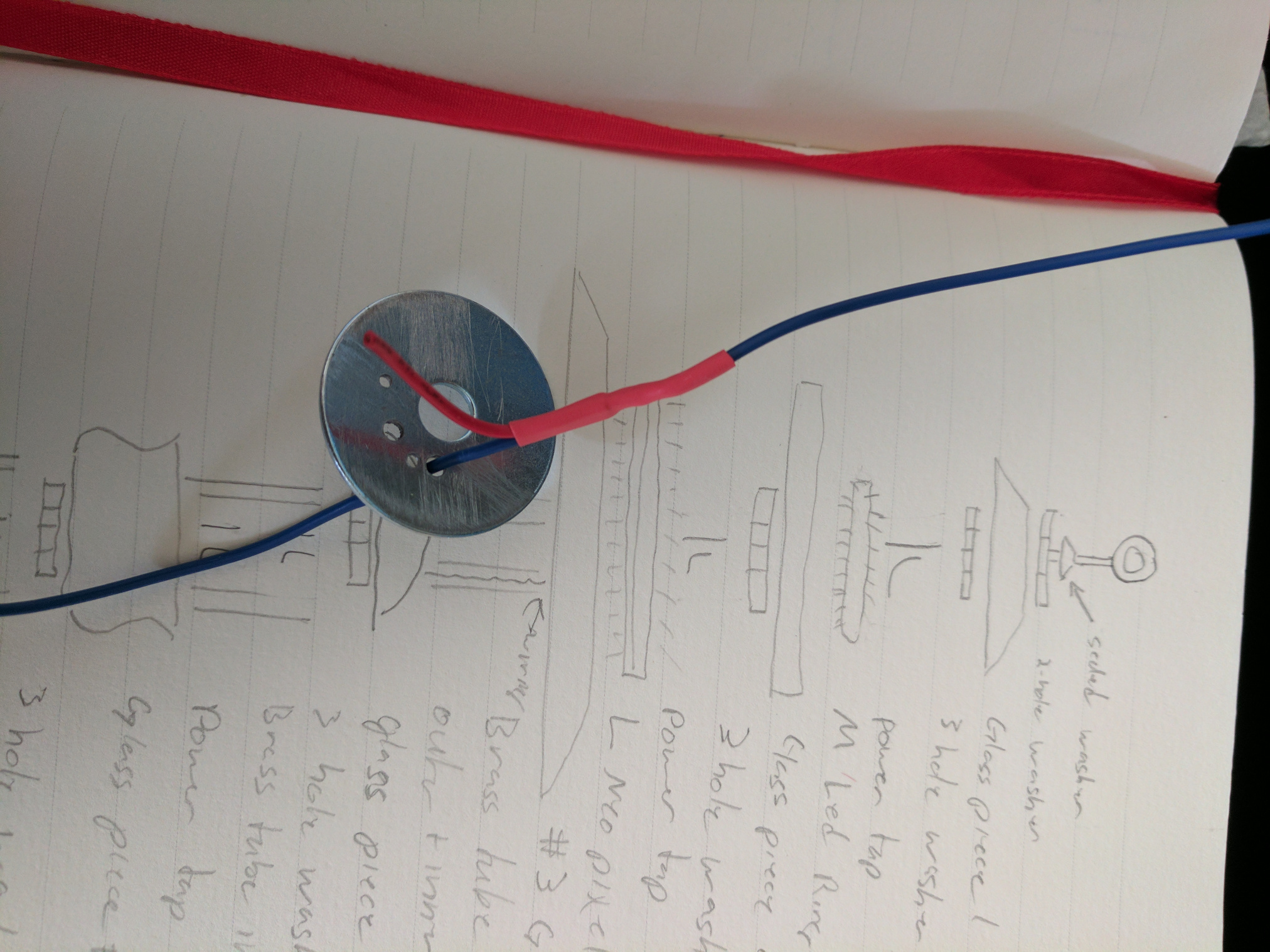 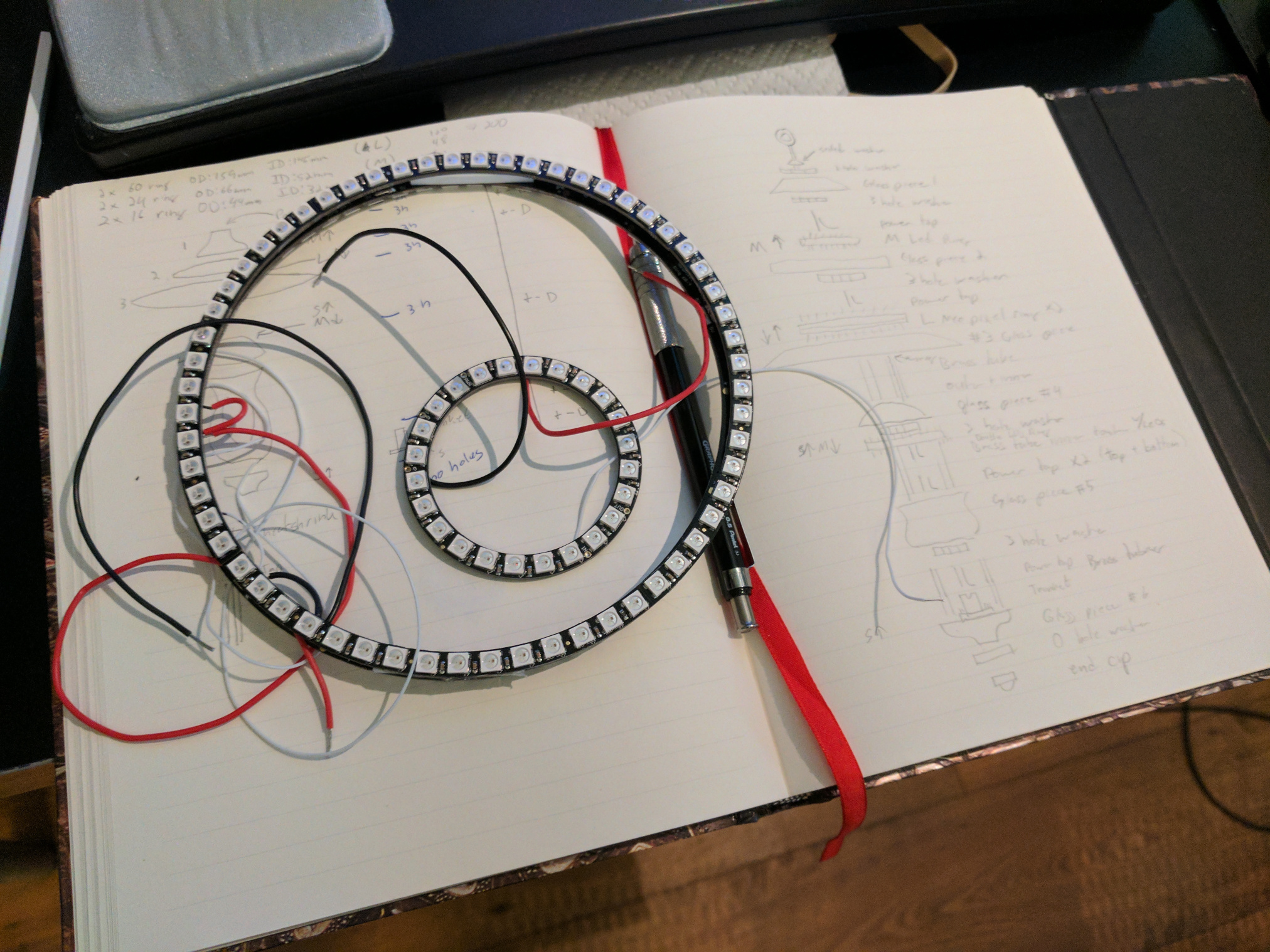 The main light rings for the cap of the lantern 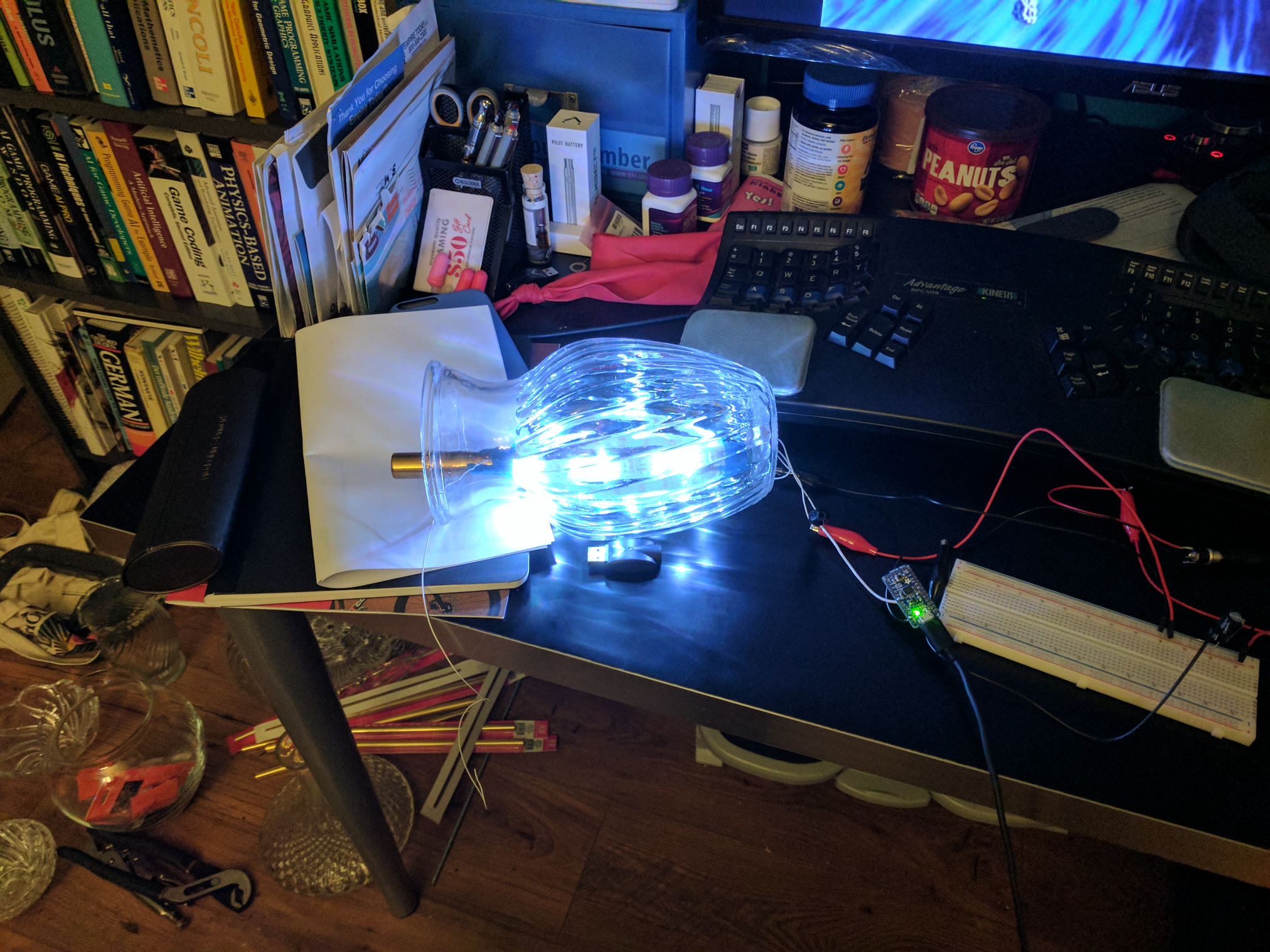 Starting to come together 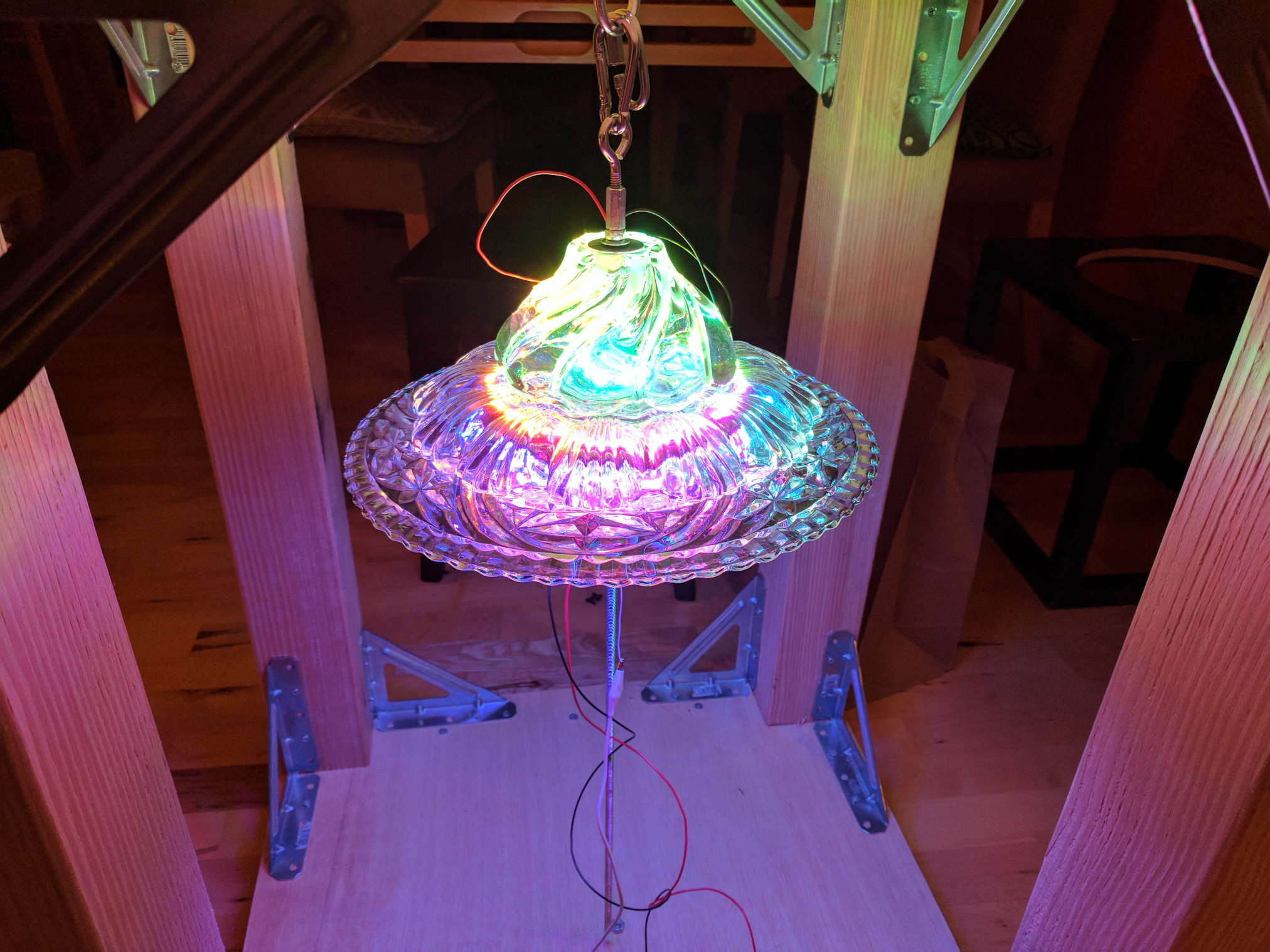 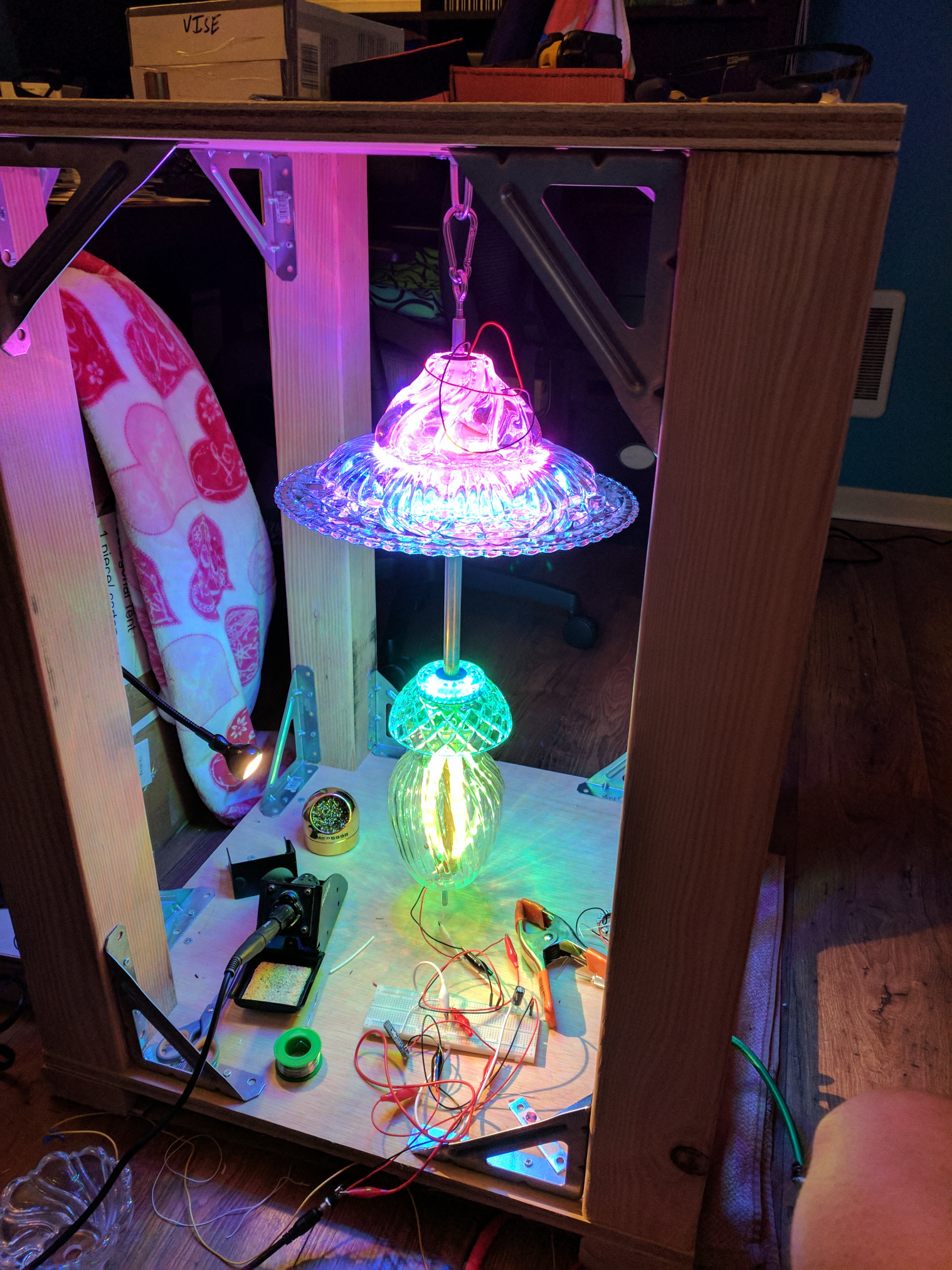 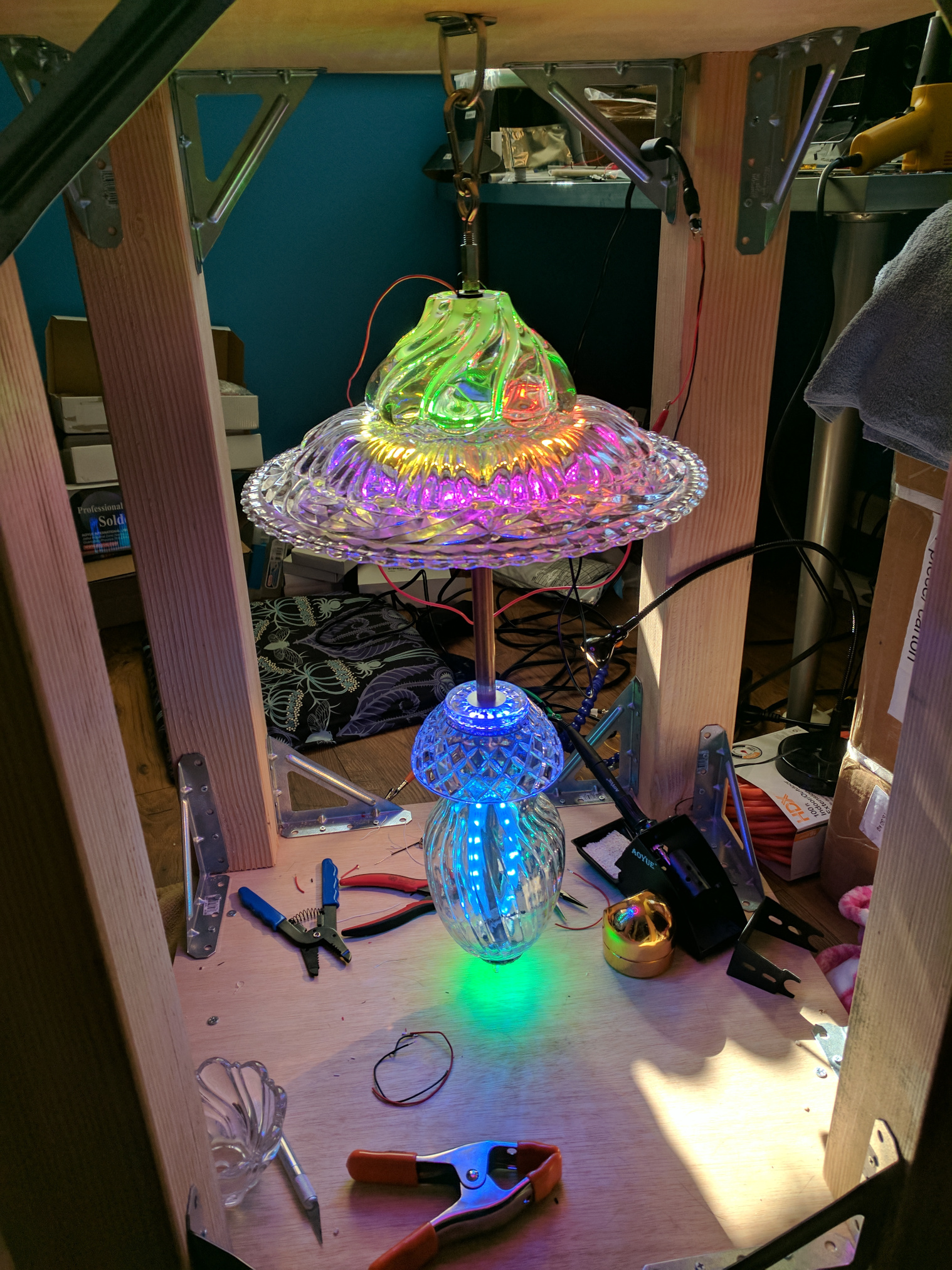 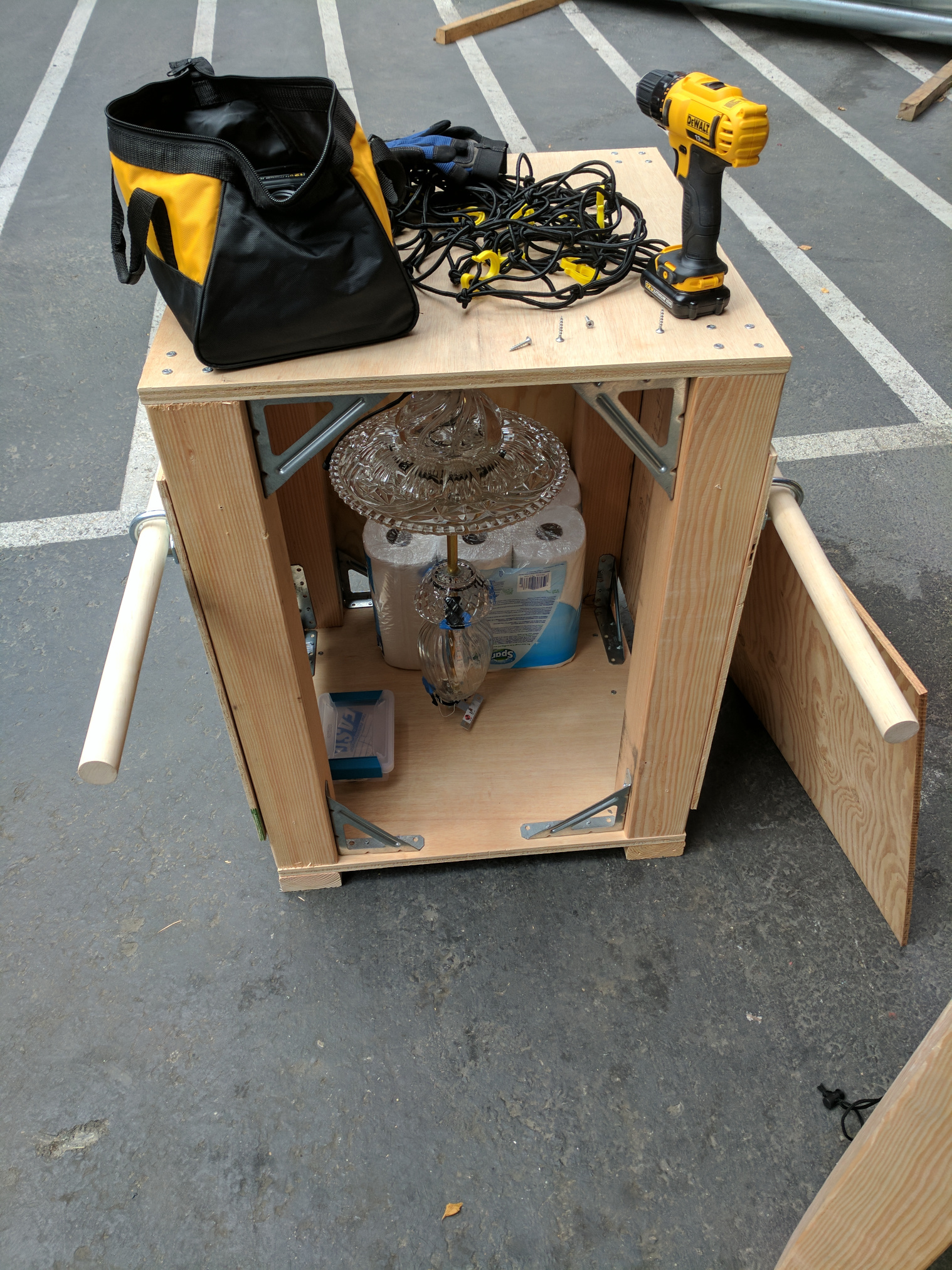 Packed and ready for travel (TP for padding) 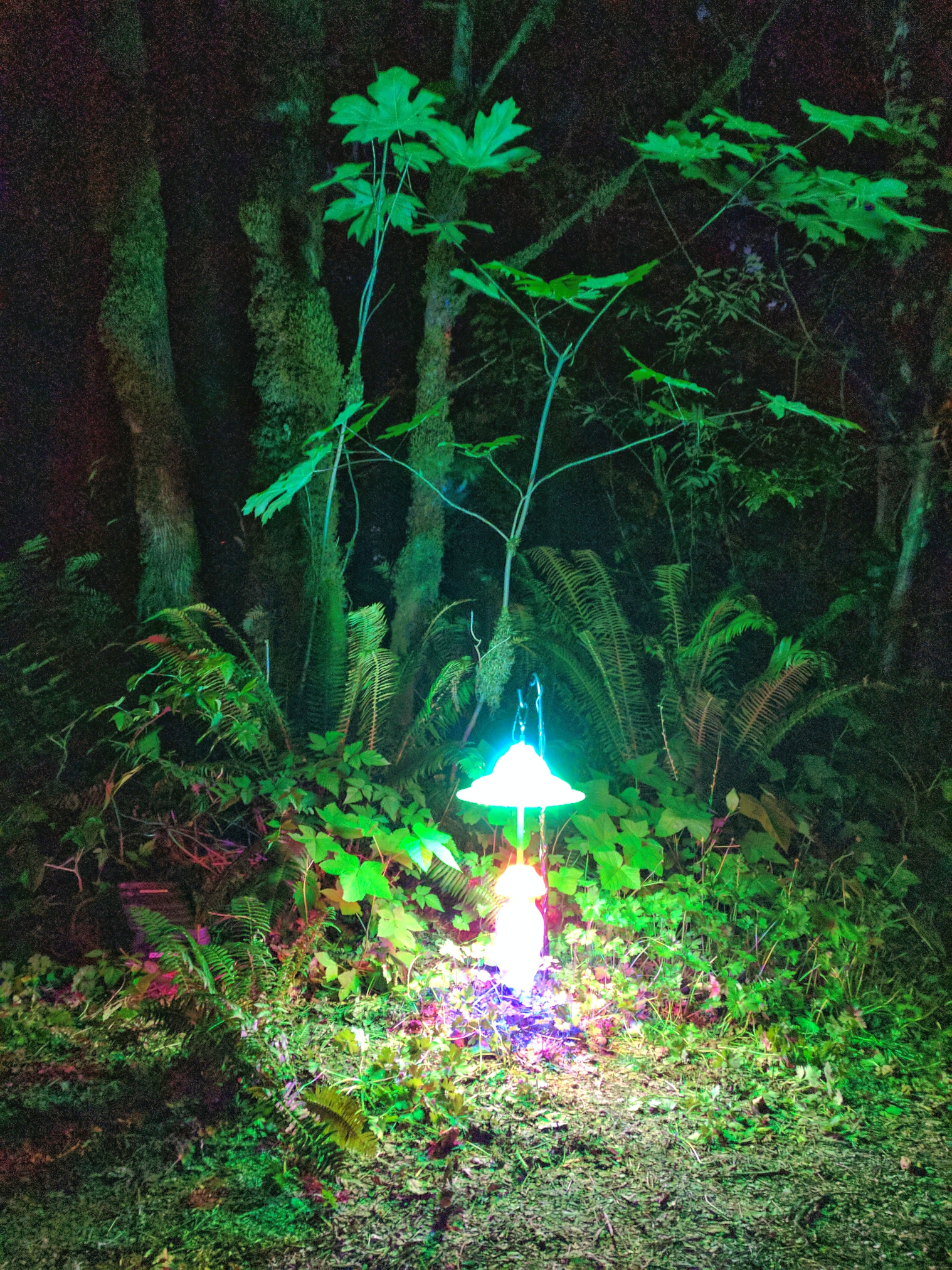 In its natural habitat (and hard to photograph) 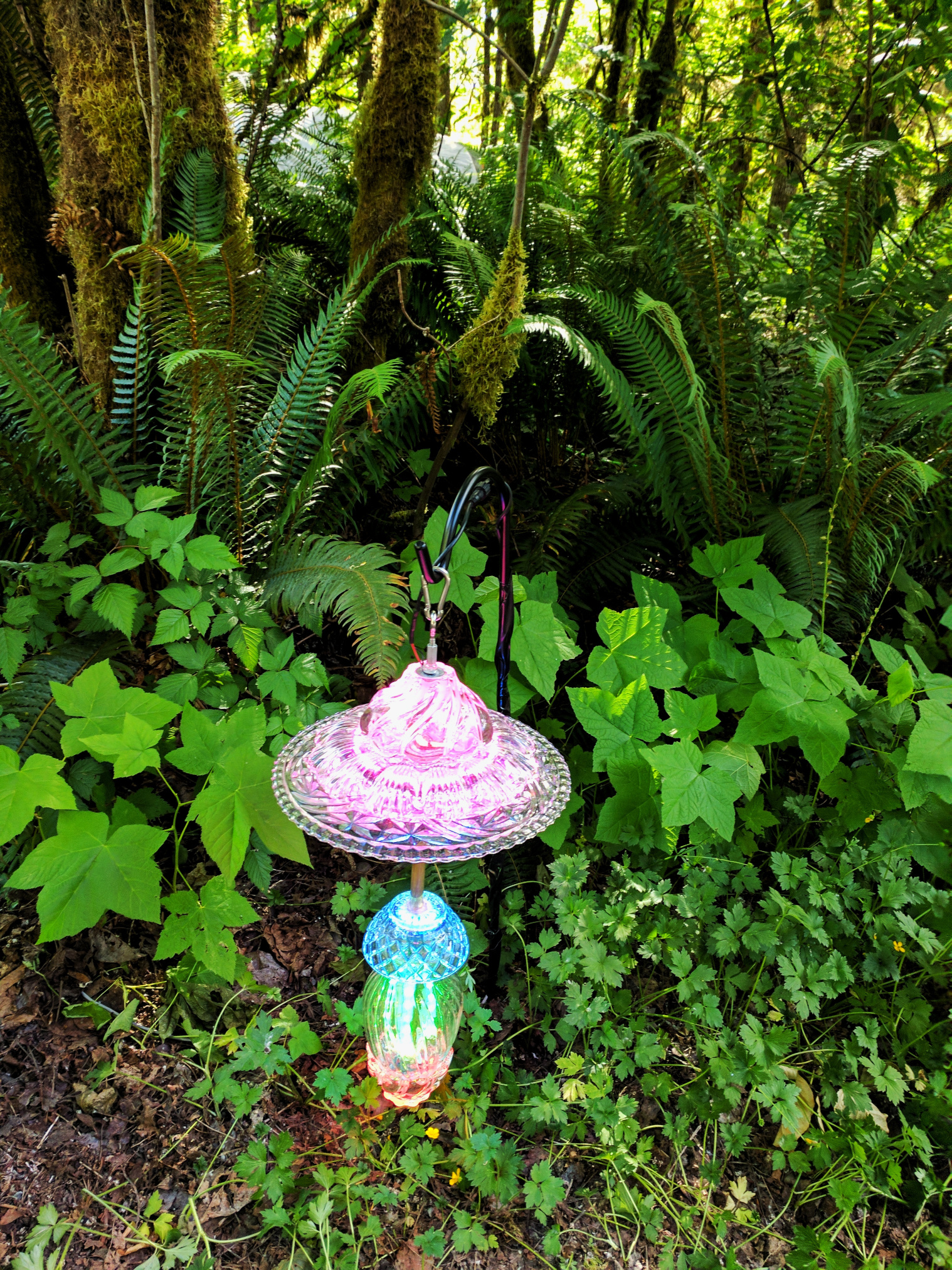 A nice daytime shot in the forest at CriticalNW

In its storage spot on my balcony 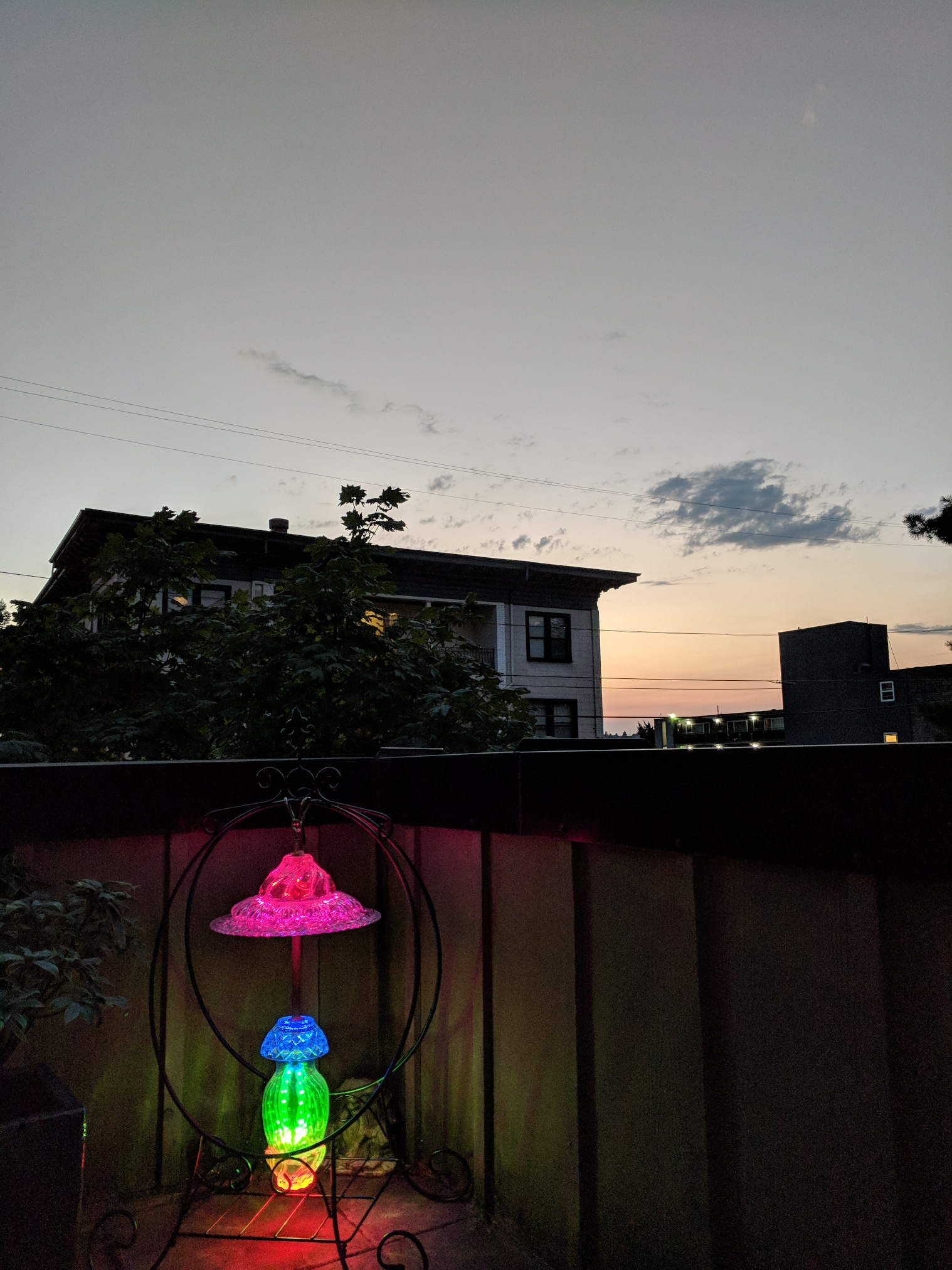