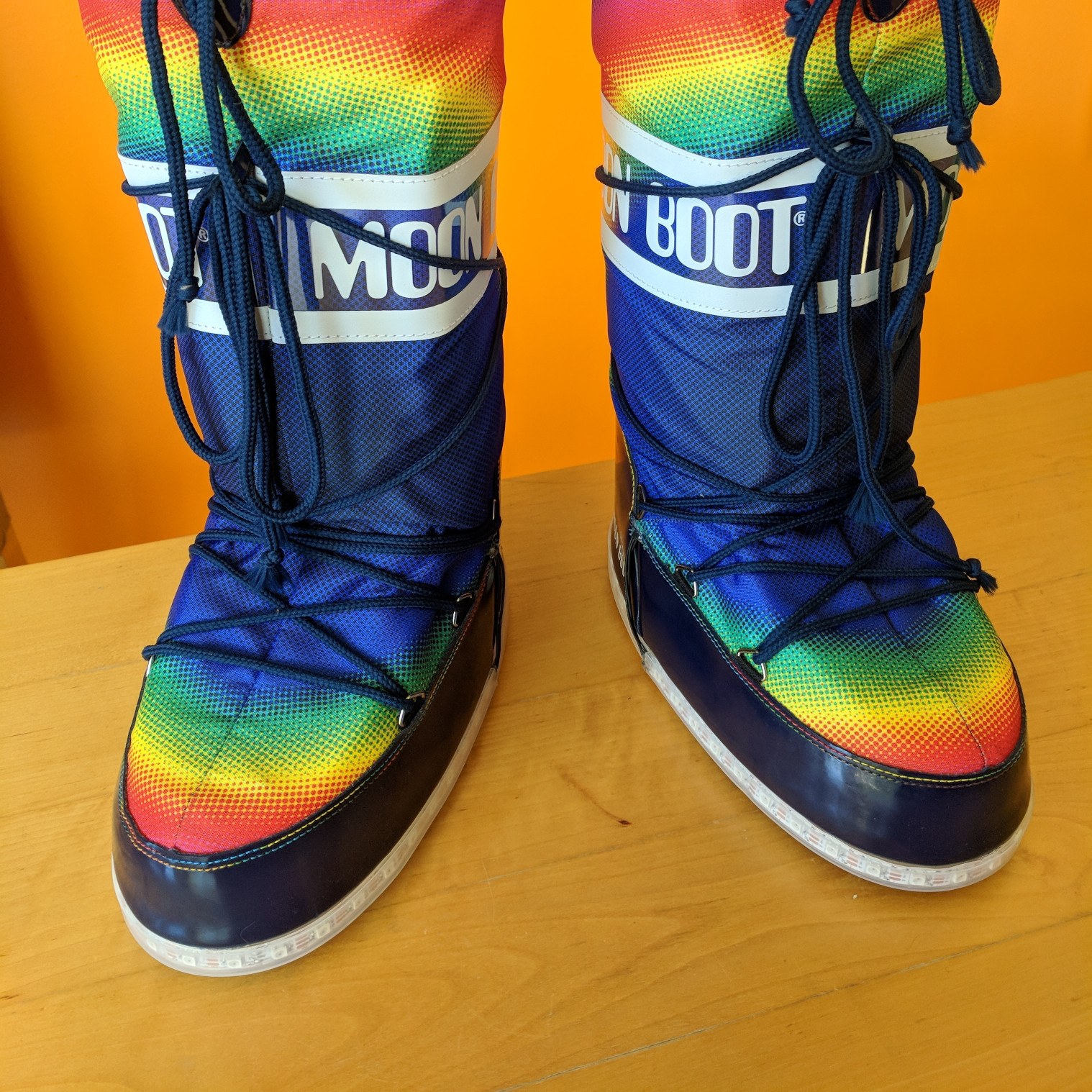 They’re the next incarnation of the light up boots I made her last year. Those first boots pretty much completely failed - they just weren’t robust enough to handle Critical. I’m pretty sure they broke within minutes of being worn. I fixed them on site, then they broke again. When they did work, the were at times stupidly bright, especially off on the dark trails.

The new boots are much more robust. The build is cleaner, more modular, and more protected than before. I also added variable brightness controls, so that Sarra can adjust her boots to the environment.

I completely revamped the code and ported it to a new microcontroller. They now directly incorporate a charger, so the batteries don’t need to be removed between uses. Instead Sarra can just plug the boots directly into a USB port (using the integrated USB cable) and they’ll handle charging themselves. The batteries are also much greater capacity so hopefully charging won’t need to be a constant concern.

I was able to complete this build in only 4 days, which feels pretty fantastic. I really felt the benefit of this being version 2 of these boots. It was very satisfying to get to come back to them.

Day 1 was design and fabrication of the core electronics and modular peripherals for one boot.

Day 2 was porting & refactoring the code, and adding some new features. This included learning all about how interrupts work on the ATMega328, which was good fun :)

Day 3 was fabrication of the electronics for the second boot and mounting the lights on the boots themselves.

Day 4 today was final assembly. I put all the electronics into enclosures, tucked them into their spot in the boot, and attached the various plugs, switches, and buttons near the boot rim for easy access. 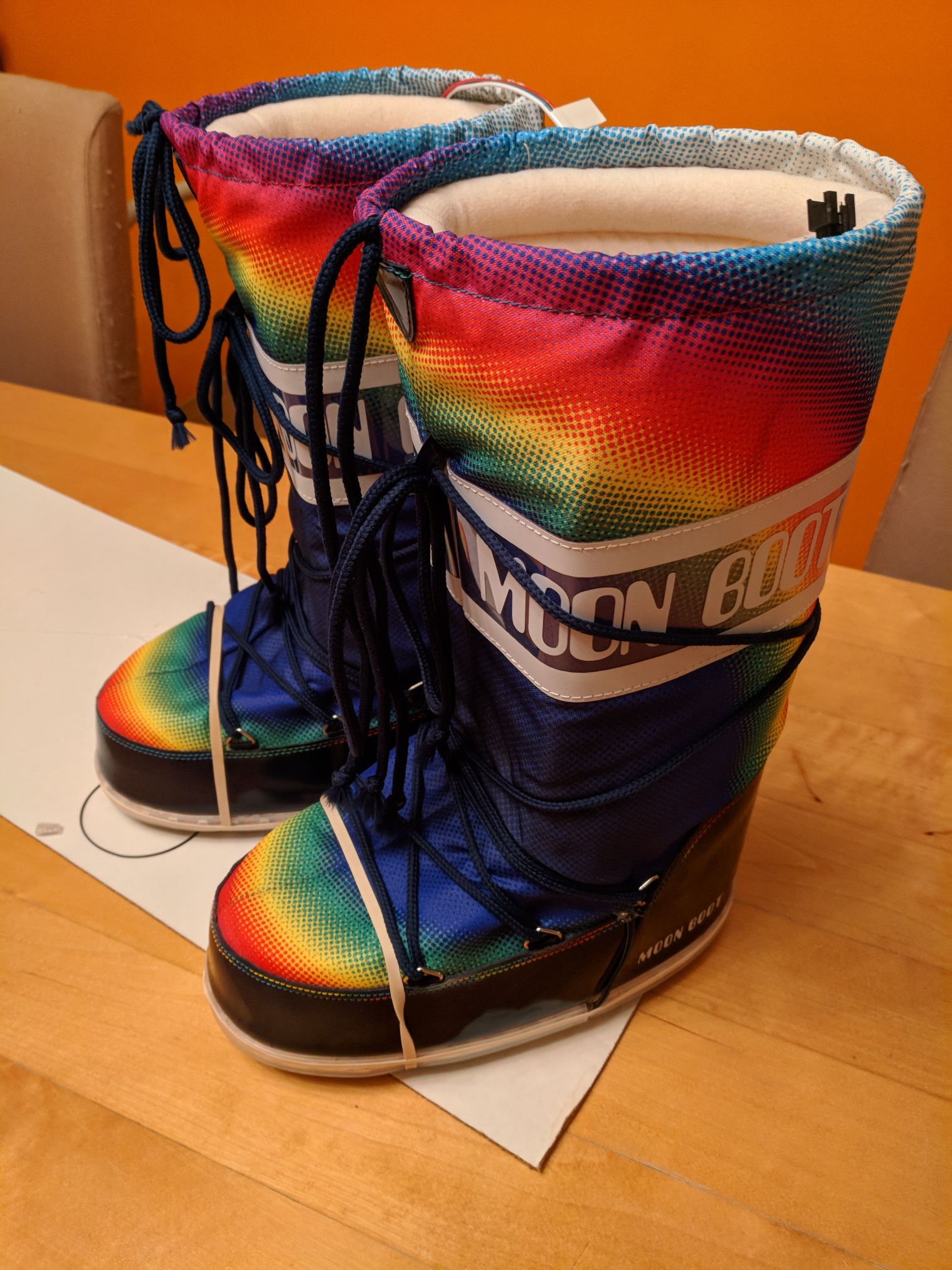 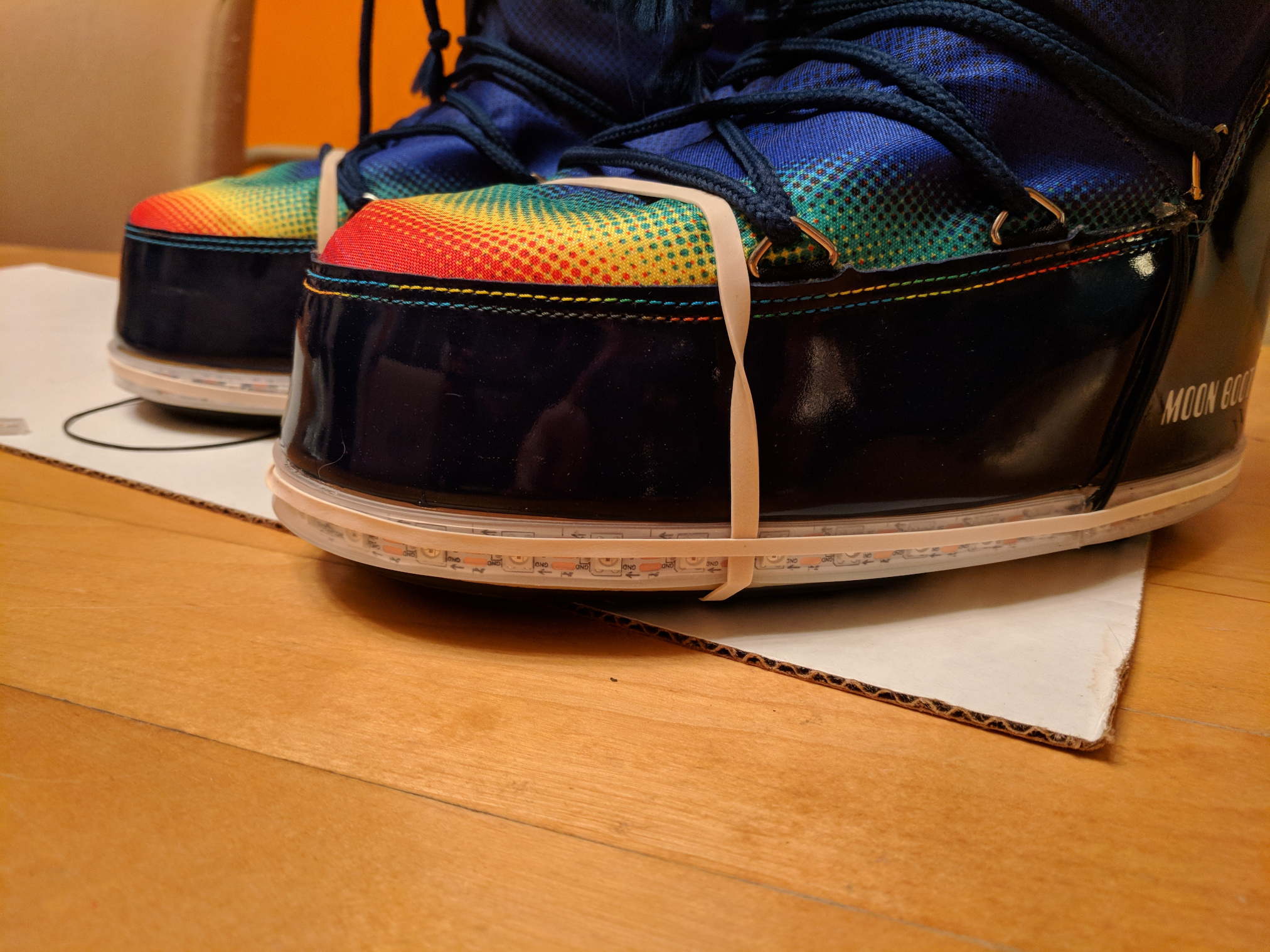 Closeup of the boots with the adhesive drying 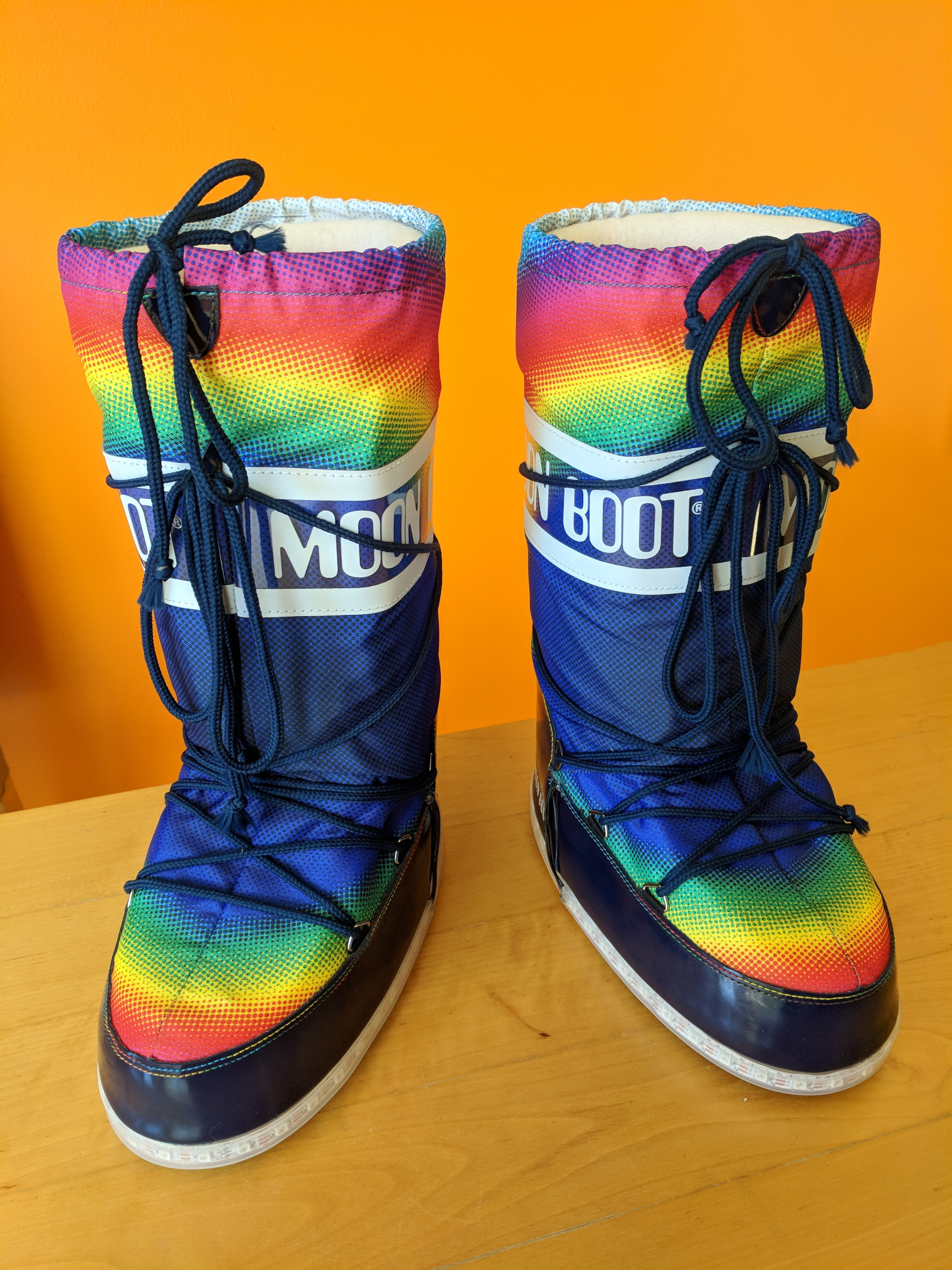 With most of the wiring hidden these look very slick 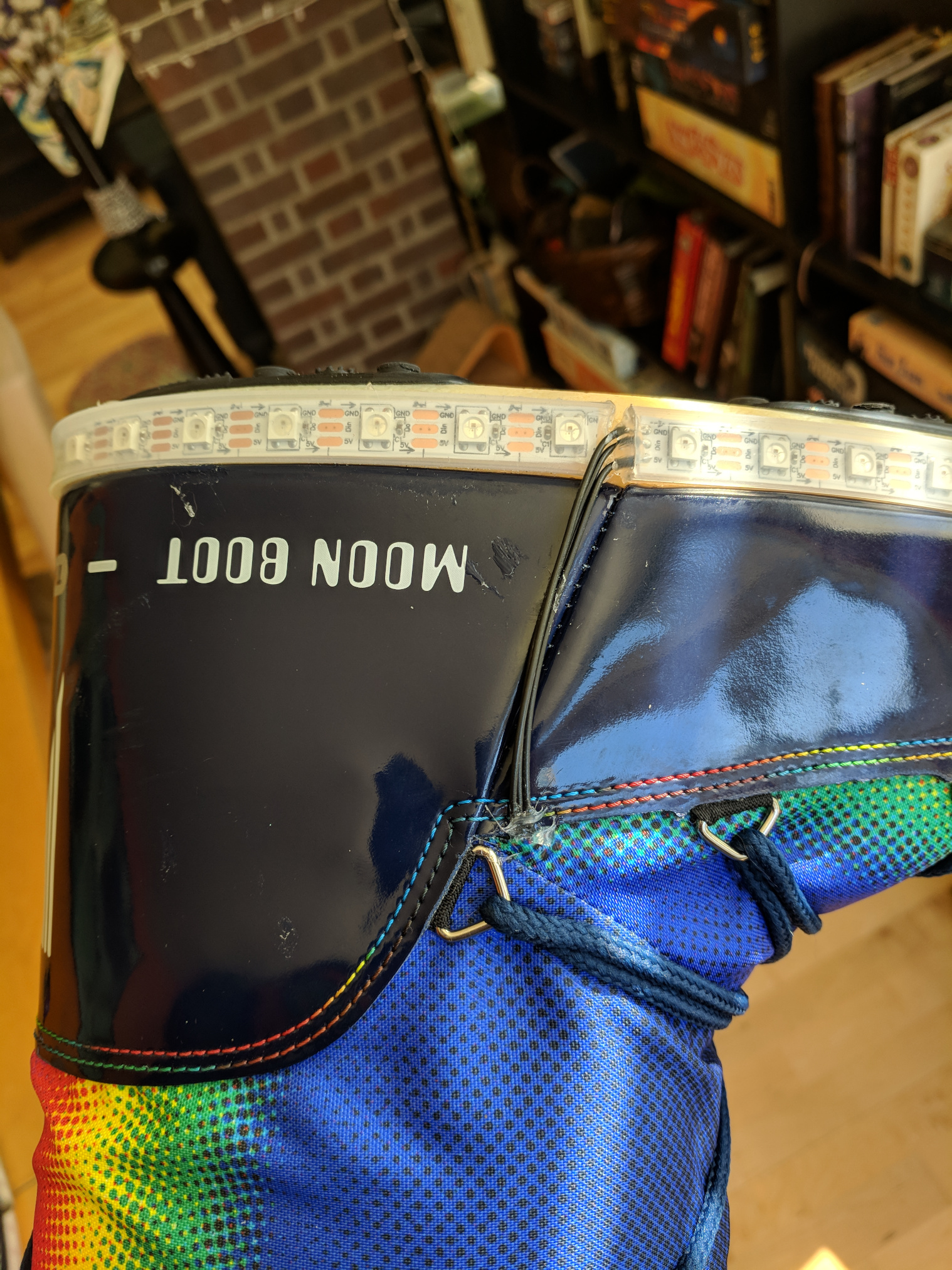