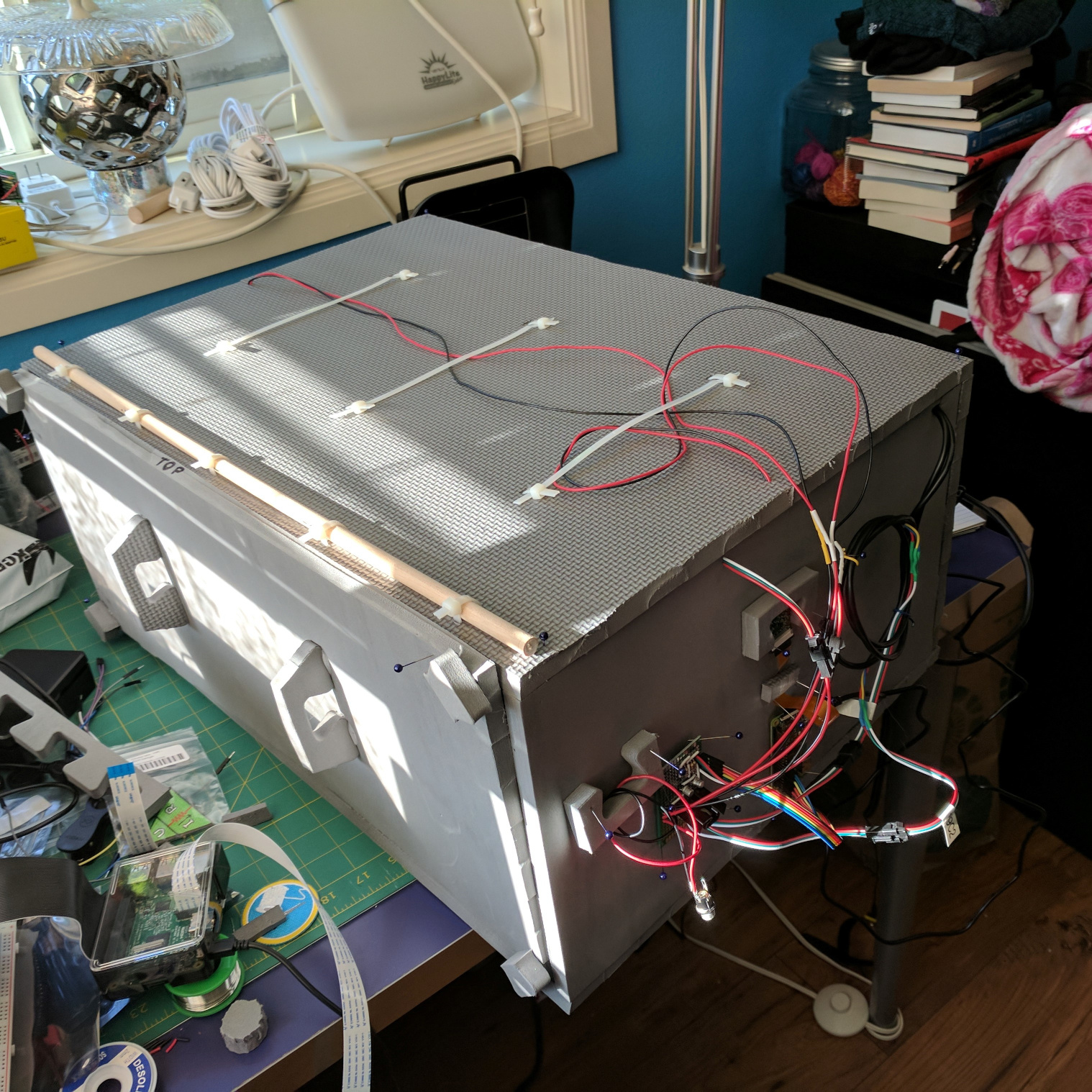 As my baking has gotten more serious I’ve started to want a dedicated proofing box (or drawer). For the uninitiated, a proofing box is essentially a low temperature oven - a place to put bread while it rises that maintains an ideal temperature for a good rise (usually between 75°F and 85°F).

If my kitchen were any larger (and if I were able to afford to remodel it) I’d have access to any number of commercial options. Since that’s not the case, though, I ended up deciding to build my own. This has the advantage of my being able to custom build it to the slightly weird space I do have available, and of being an interesting hobby project. Once I decided to go down this road things escallated pretty quickly. Why not give it a network connection and web based controls? If I’m already connecting it to the network, why not give it a camera so I can peek inside without opening it? As long as there’s a camera, why not capture time lapse videos of my bread rising?

This turned out to be more of an adventure than I had supposed. I had to learn how to work with power mosfets, how to code and tune a PID controller to manage the temperature, and how to control a hardware project through a web server running on a Raspberry Pi. As much as I needed to spend time learning all of that, I was honestly shocked at how difficult it was to deal with the Raspberry Pi web interface. It turns out to be ridiculously fiddly trying to pipe a button on a web page down to the hardware, and involved a whole lot more system administration tasks than I had planned on or hoped for. In the end I used websockets to do what I needed, despite them being kind of ridiculously overkill for this project, but everything else required a huge number of servers chained together and still never gave satisfying results.

Update 2018: While I was out of town for an extended period of time dealing with my father’s death the proofing box stopped working. It seems to be some kind of hardware fault with the Raspberry Pi. I’m still using the physical box (it’s useful for keeping the cat out of my bread) but I’ve removed all the electronics. At some point I’d like to rebuild it, this time with a more permenant enclosure and much more resialiant and esier to maintain electonrics, but I don’t have the energy to deal with that right now. 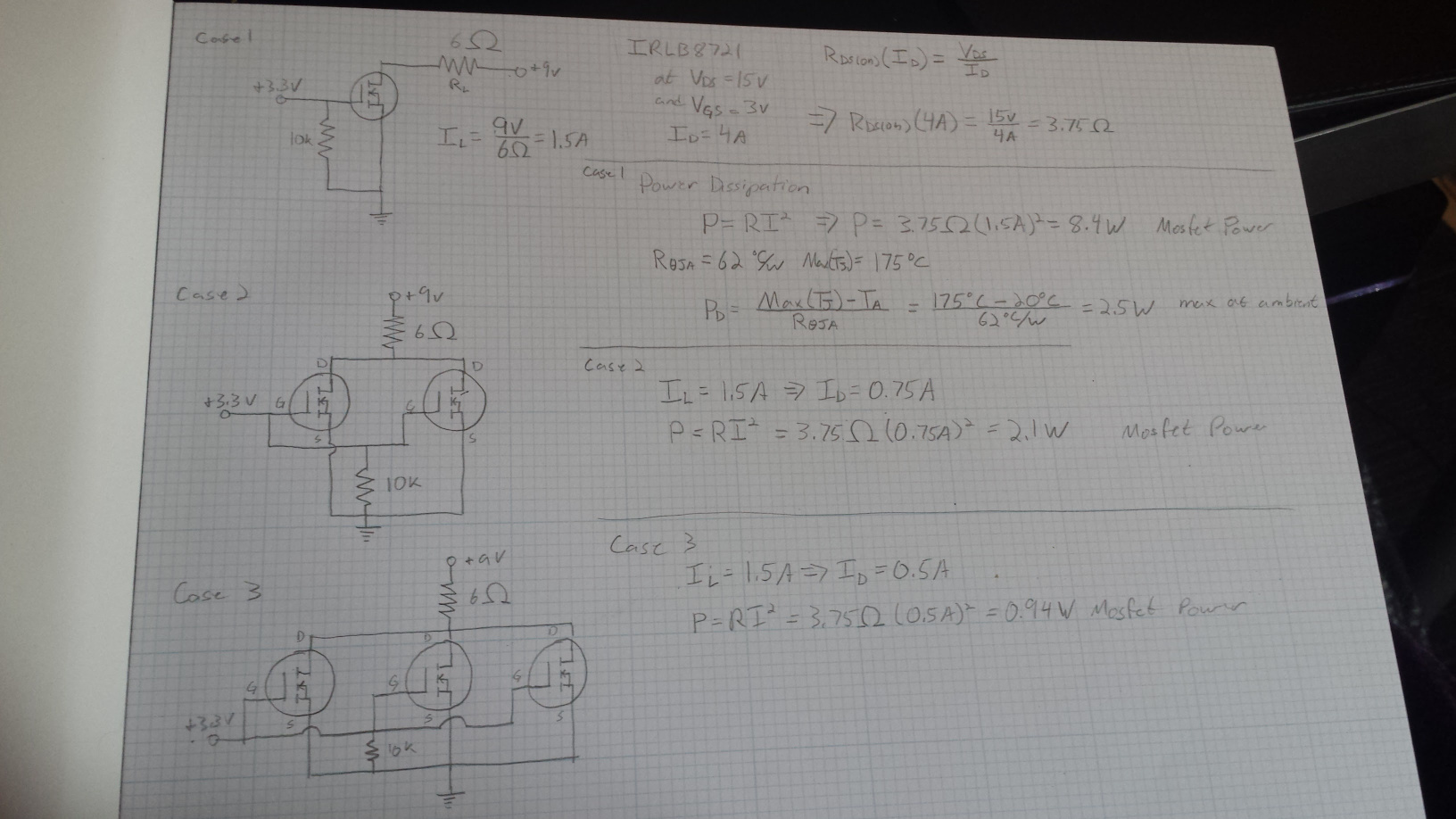 Trying to learn how to control the heater 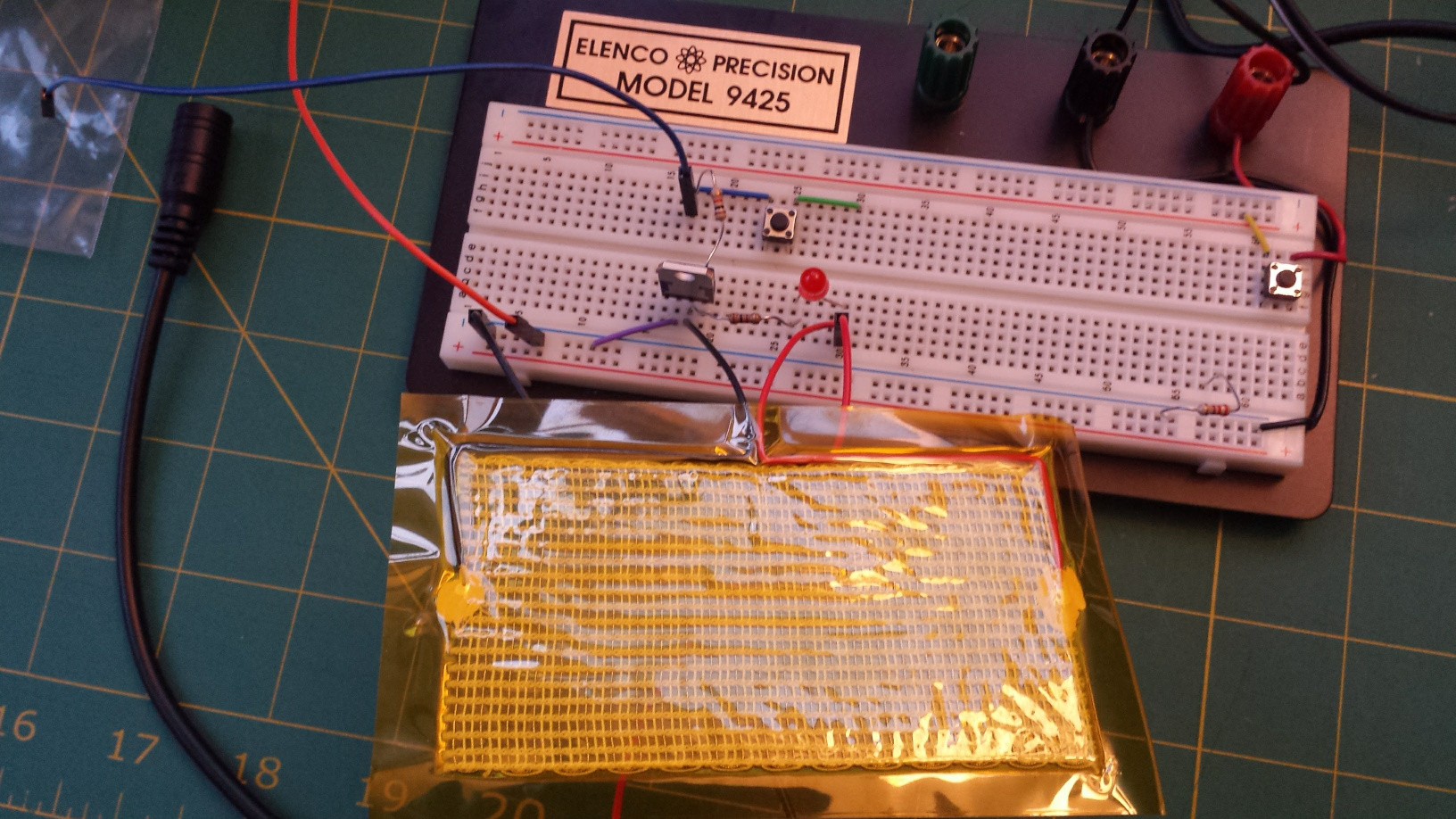 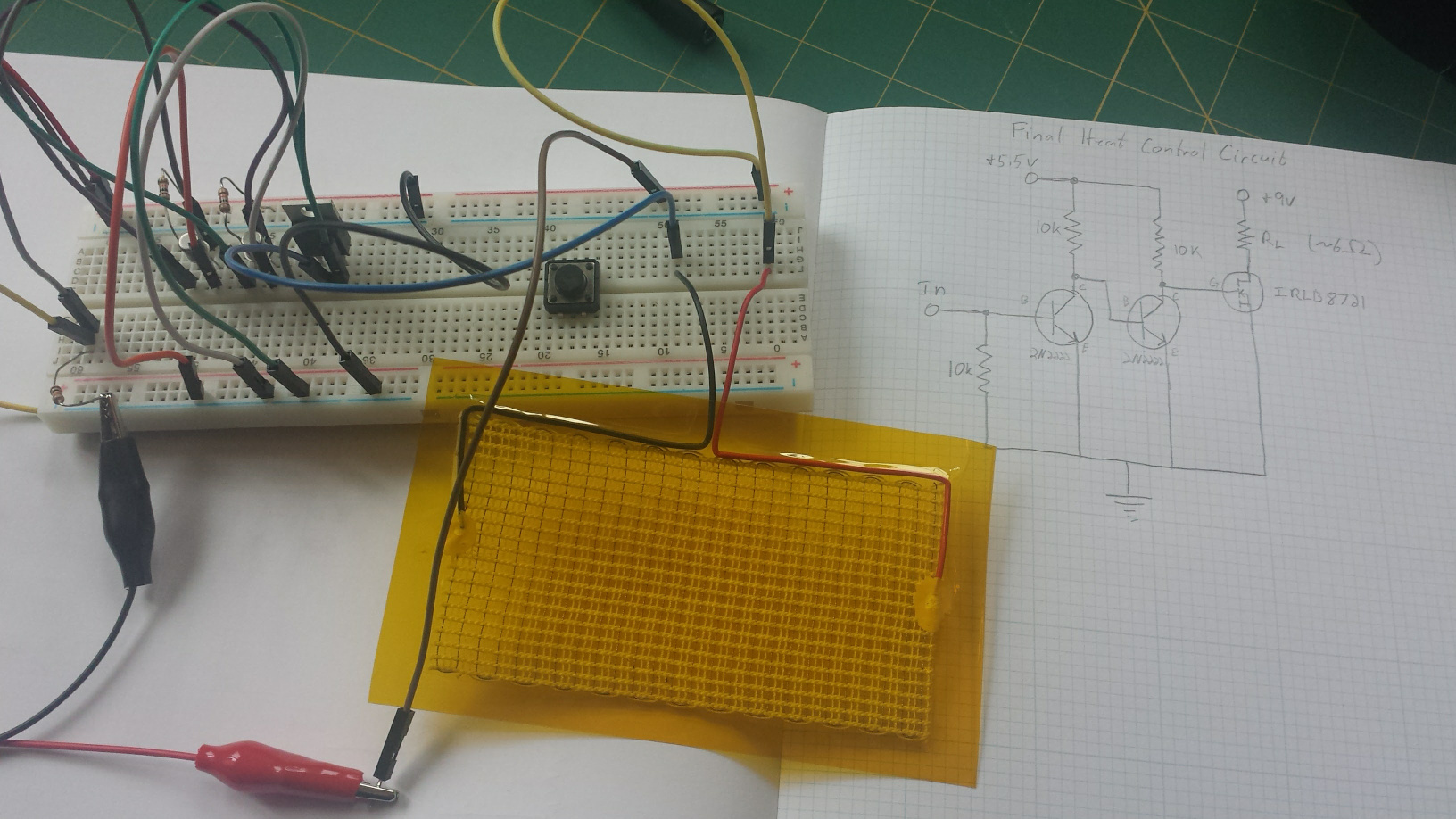 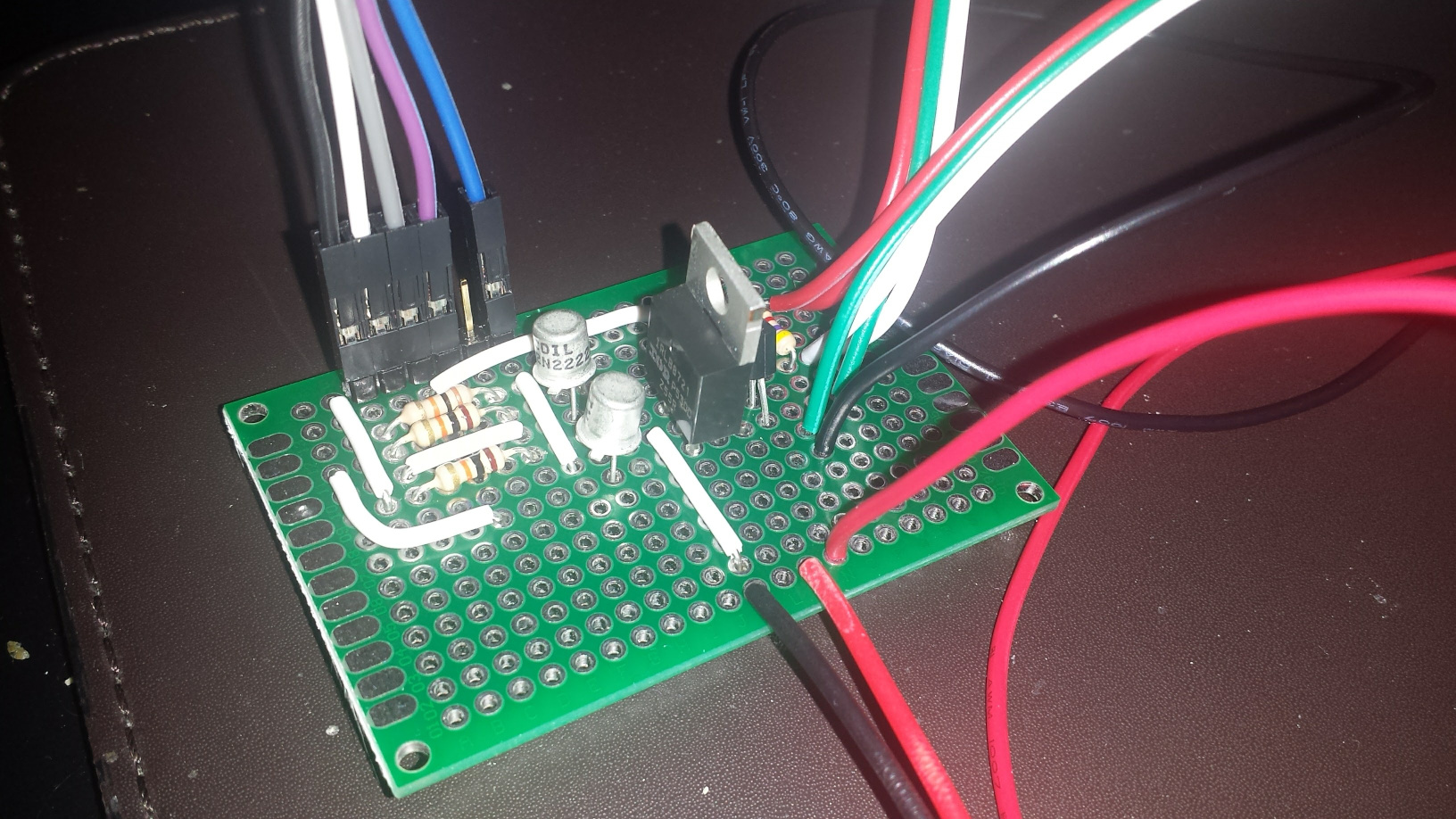 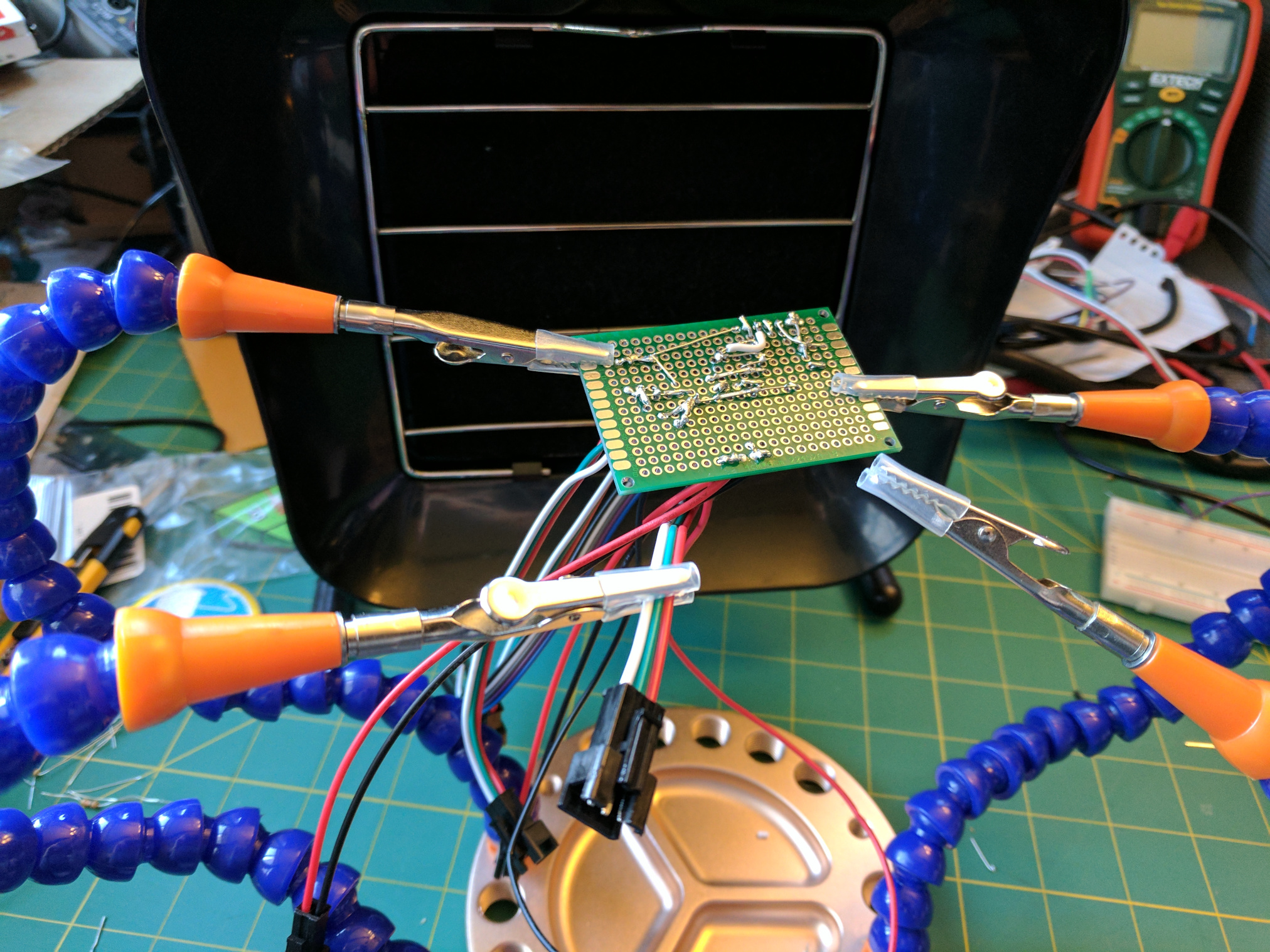 Helping hands were a big help 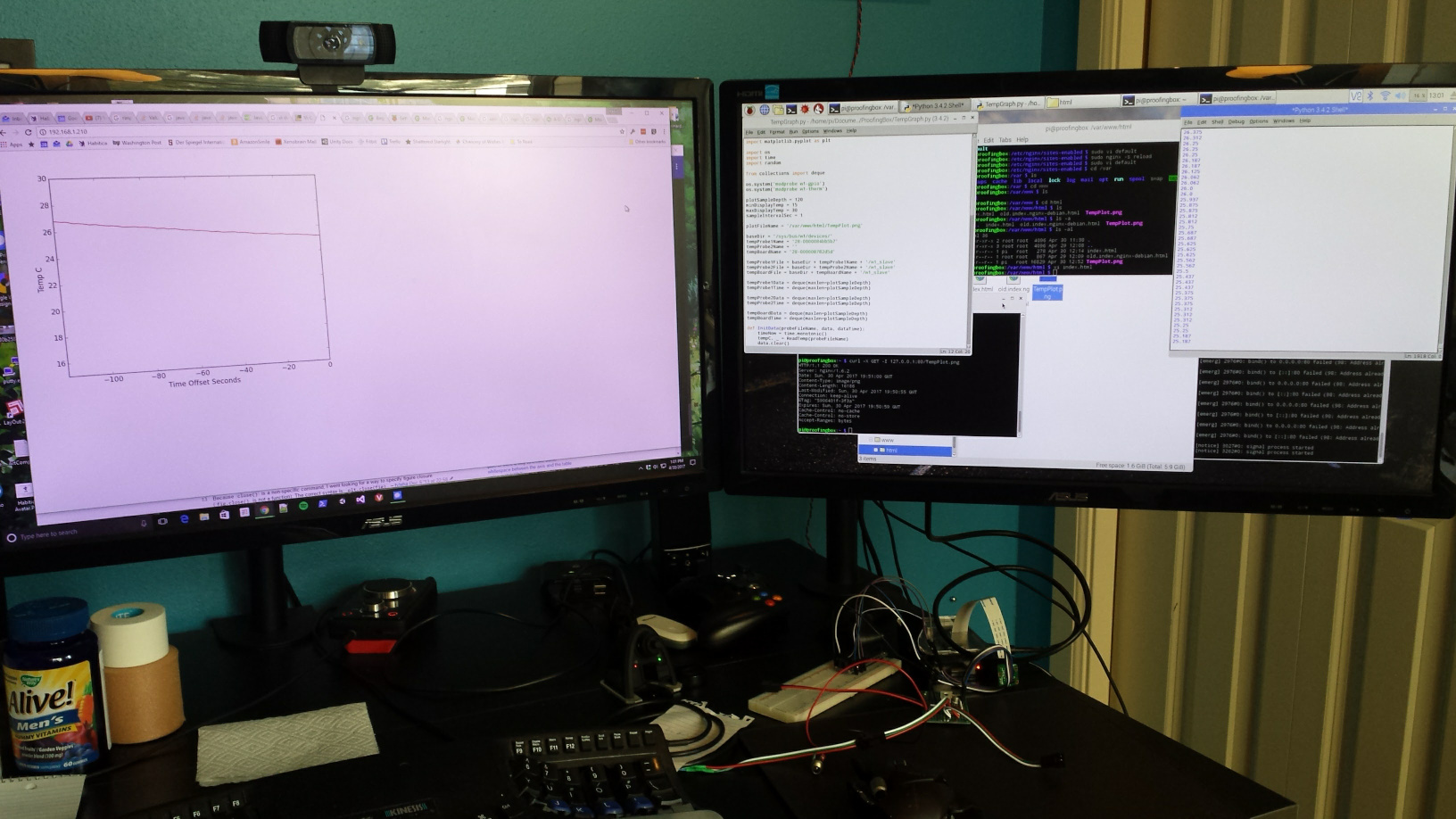 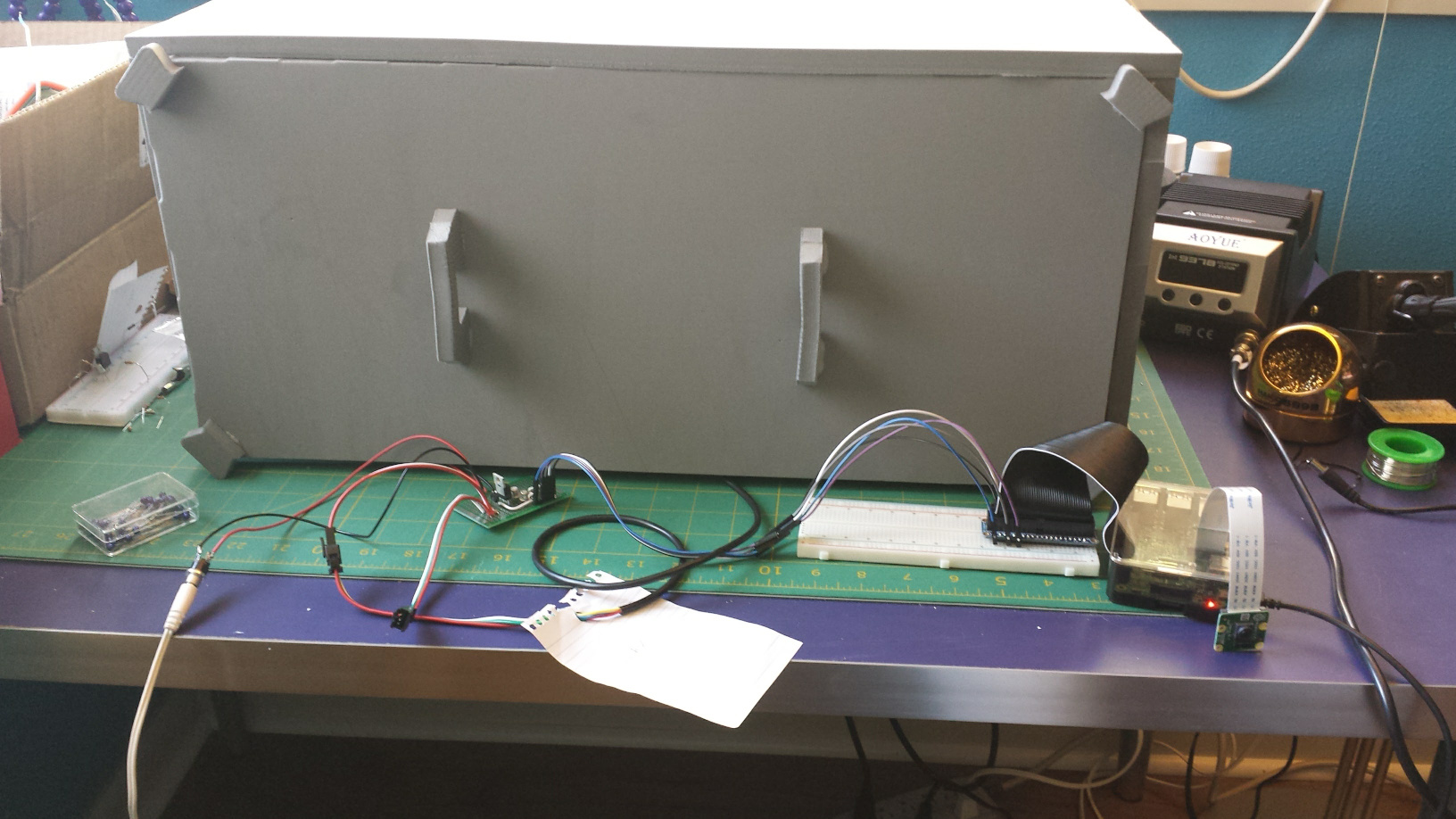 Testing inside the prototype box 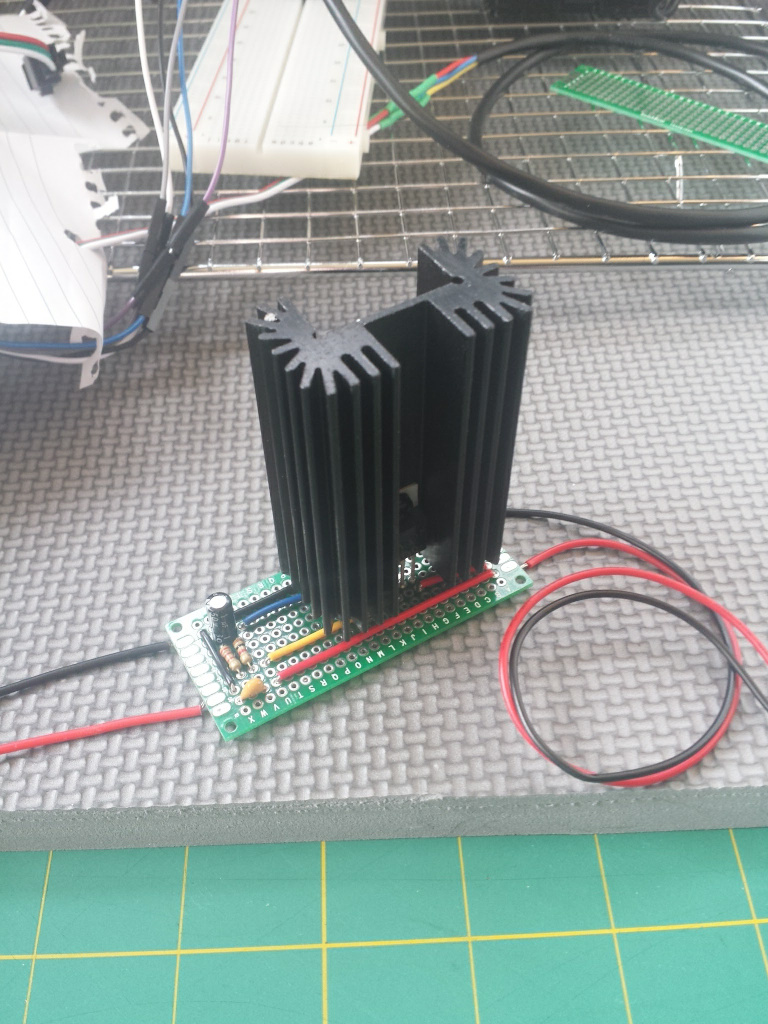 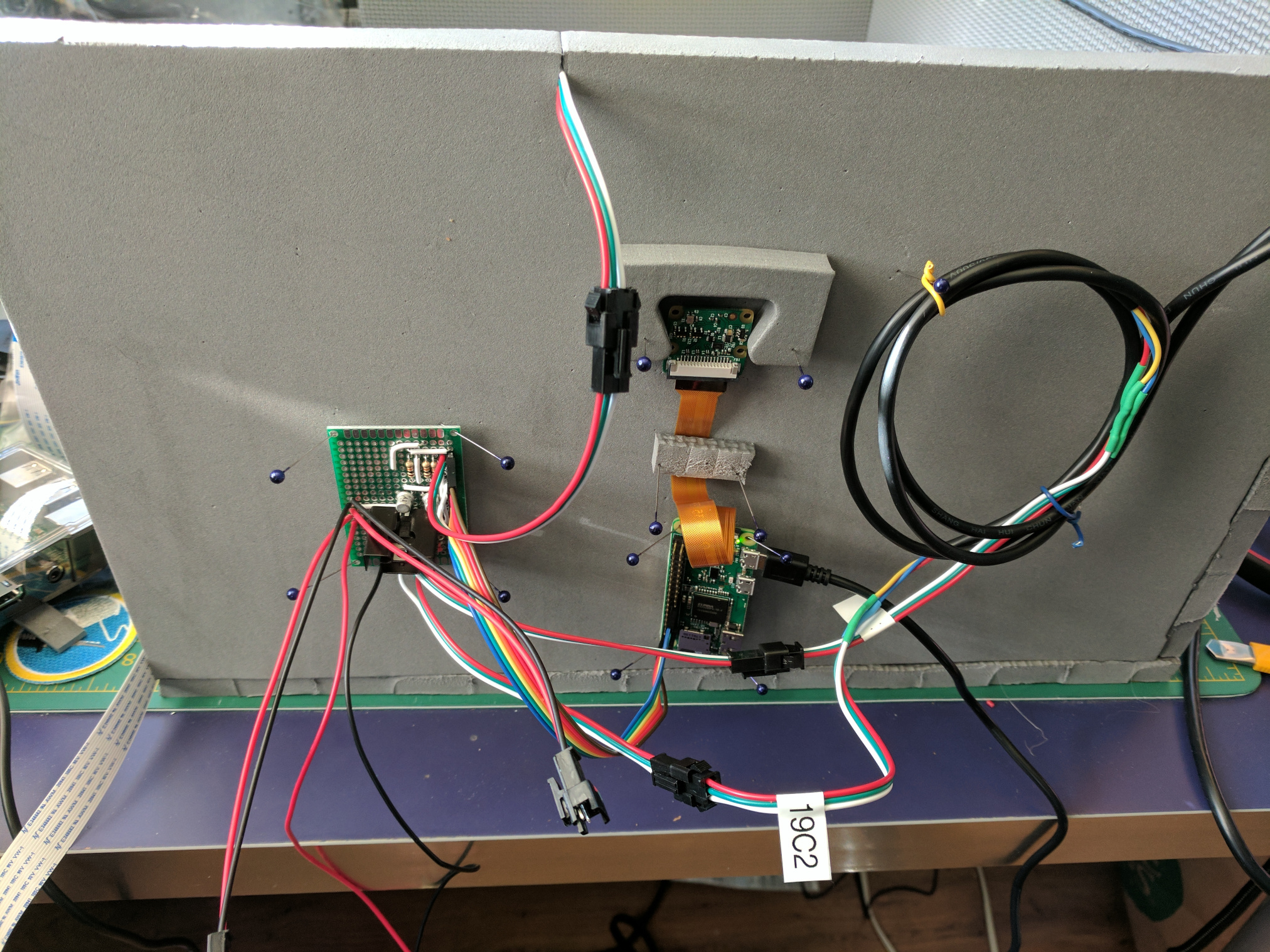 Electronics mounted on the prototype box 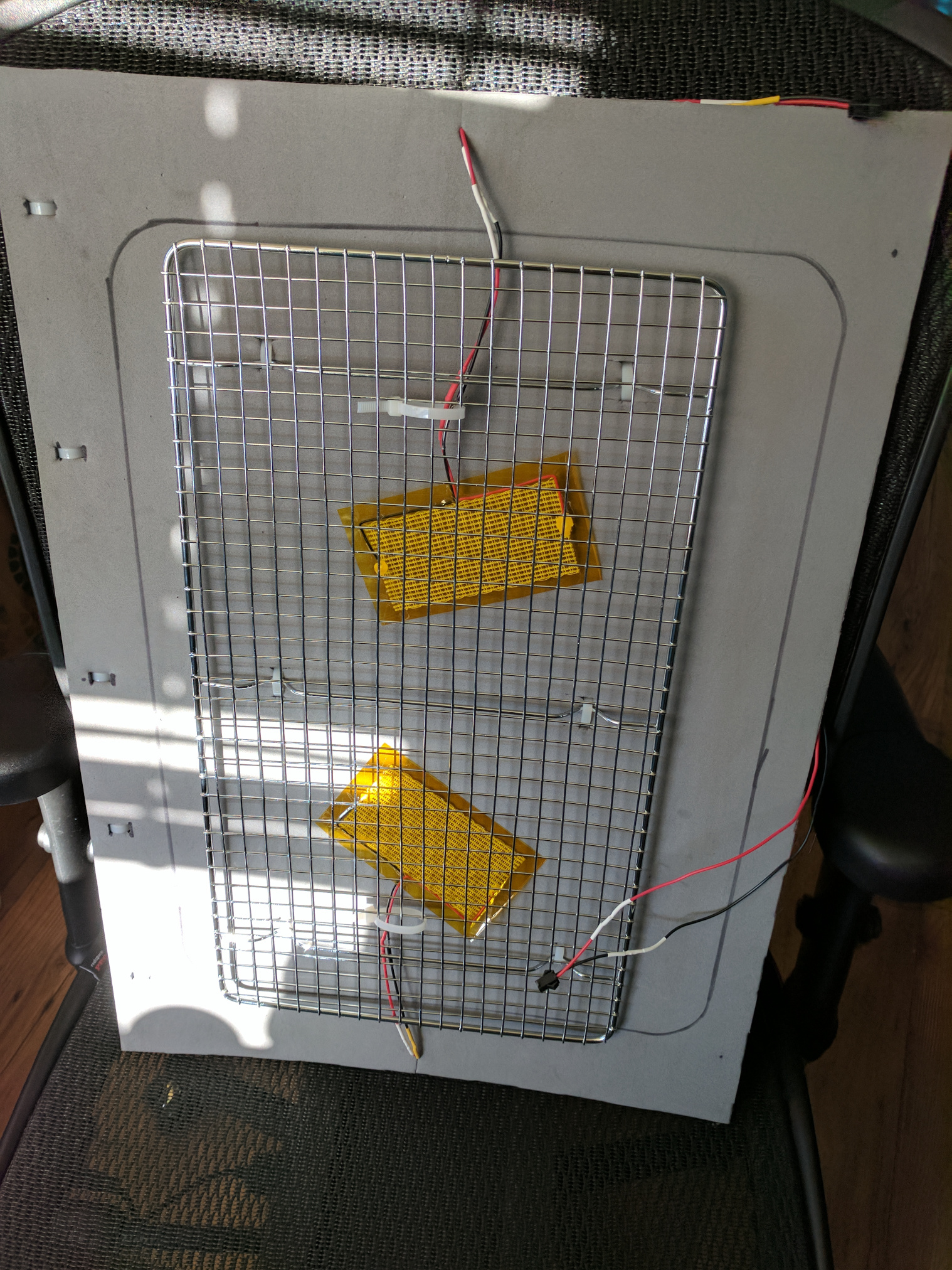 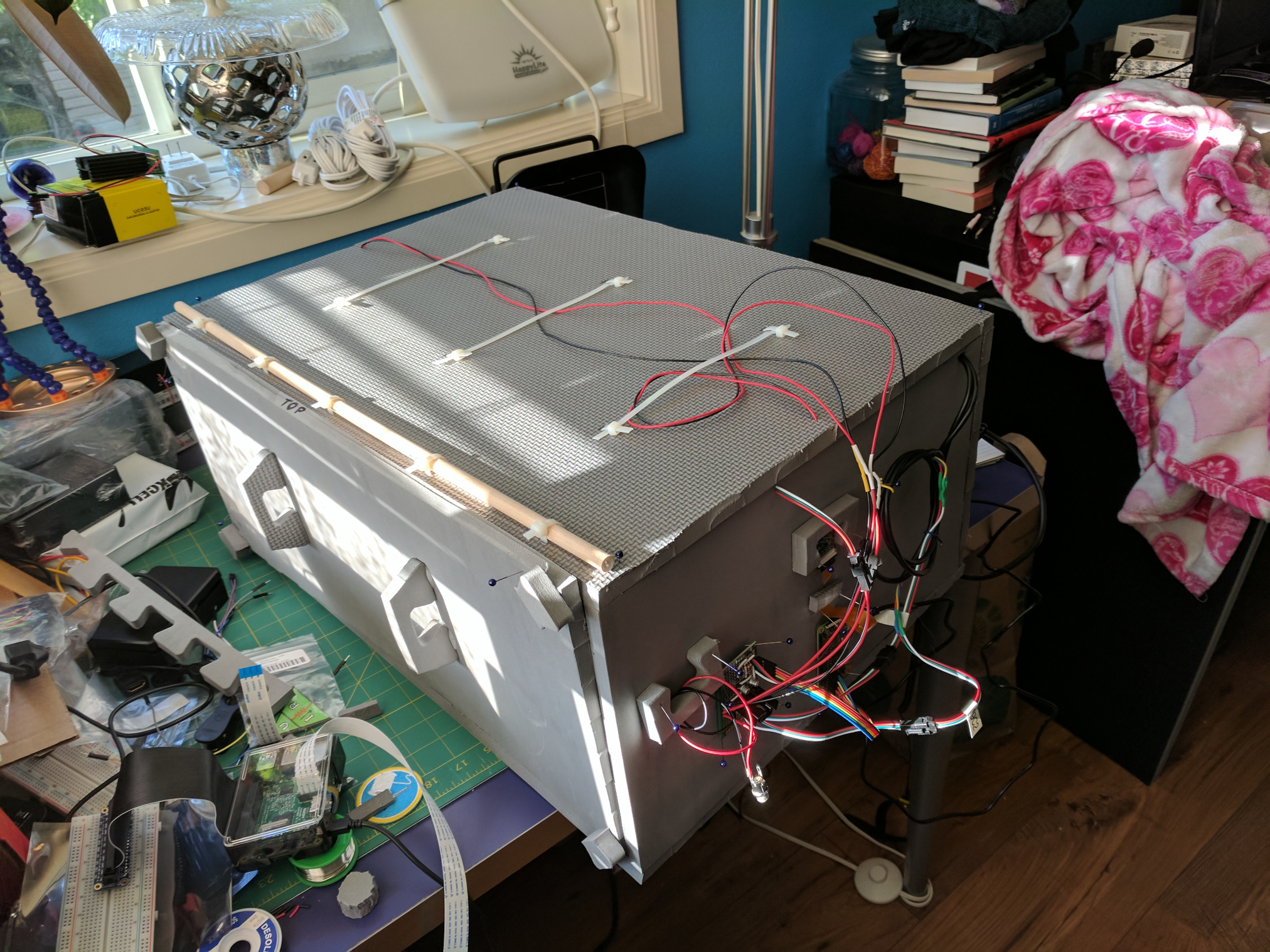 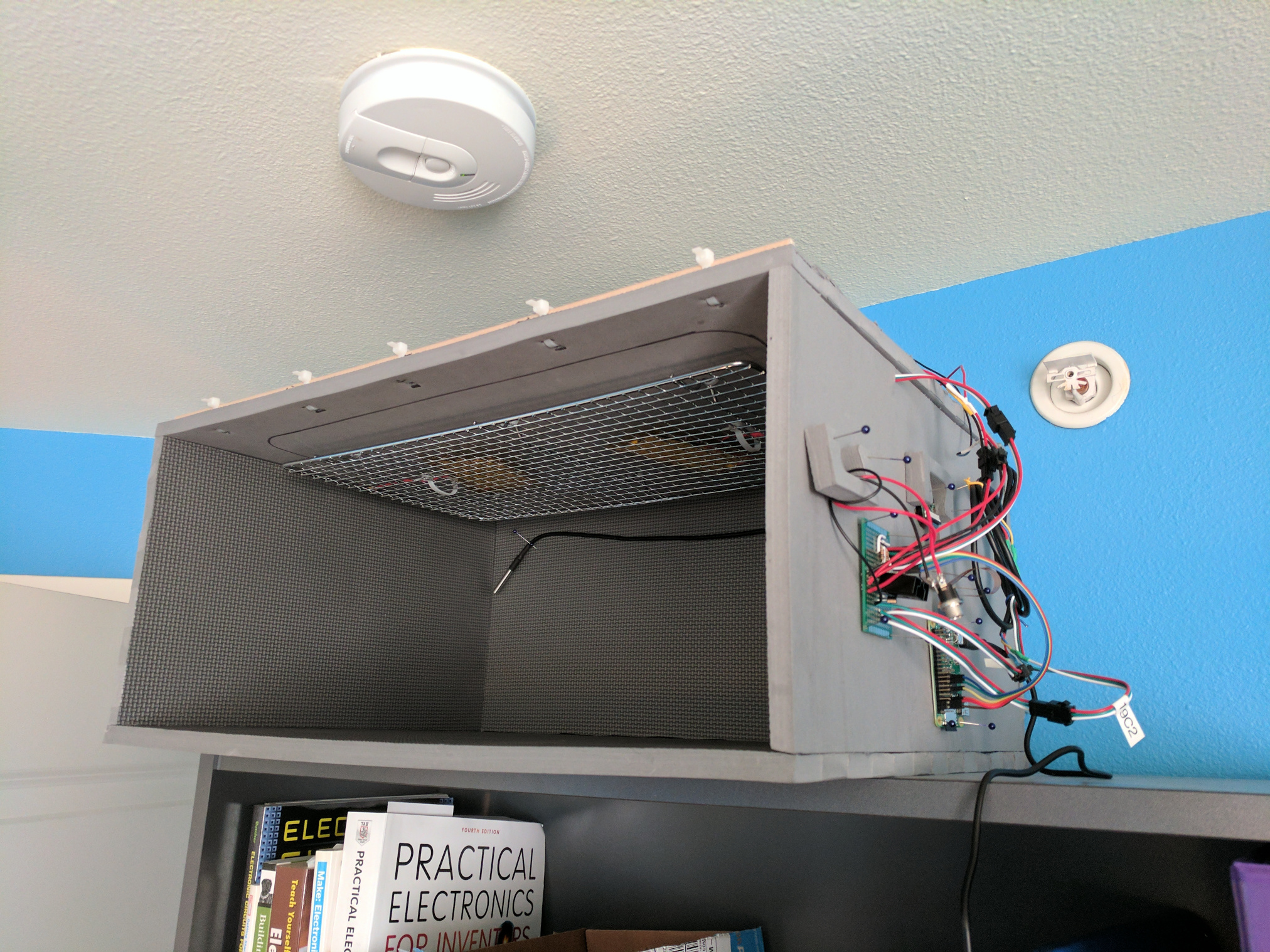 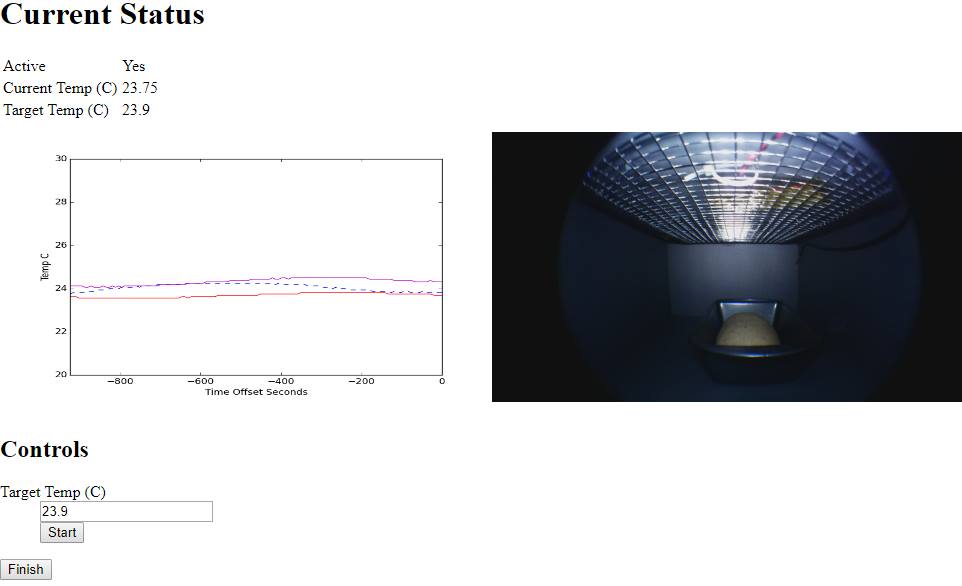